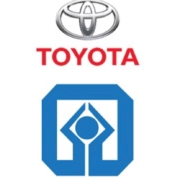 Karnal, Sep 8, 2022: Toyota Kirloskar Motor (TKM) has announced the signing of a Memorandum of Understanding (MoU) with the UCO Bank. Envisaged to enable more and more customers further access to Toyota’s world-class products and services, this partnership will benefit customers from not only Tier I markets, but across all states and union territories, with higher focus on Tier II & Tier III markets.
Through its foray into the A&B-segment with new model launches like the Cool New Glanza, Urban Cruiser and the recently unveiled Urban Cruiser Hyryder, TKM has had a sustained focus on expanding its footprints across India with special focus on Tier II & III markets. This new tie-up will fortify TKM’s efforts to enhance value-added offerings for customers based in Tier II & III markets. Thereby, also ensuring customers’ easy accessibility to the complete range of vehicles sold by Toyota Kirloskar Motor in India.
Satya Ranjan Panda, GM – Marketing, UCO Bank, said, “We are excited to collaborate with Toyota Kirloskar Motor as they are one of the leading car manufacturers. With this new partnership, we are confident in reaching out to our customer base in Tier I, II & III cities and towns through our huge network of over 3,000 branches”.
Atul Sood, AVP, Sales, TKM, said, “There is a great demand for Toyota vehicles in rural markets, and we are determined to meet the growing surge and improve the sales experience of our customers across the country. UCO Bank’s network will help us identify new customers.” 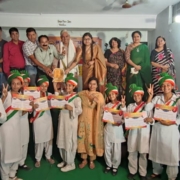 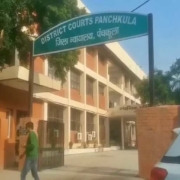 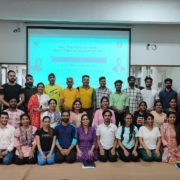 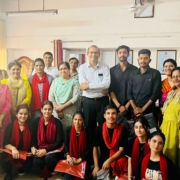 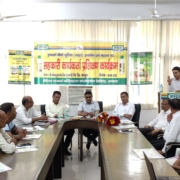 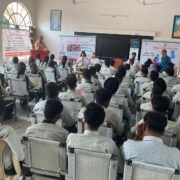 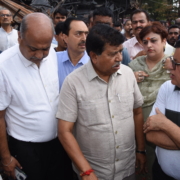 Haryana Vidhan Sabha Speaker, Gian Chand Gupta today took stock of the damage caused by the arson incident in Rehri Market, Sector-9. He also interacted with the shopkeepers and announced to give Rs 41 lakh from his discretionary fund for the rehabilitation of the Market.

While describing the incident as unfortunate, Sh Gupta said that he himself and the  State government is with the aggrieved shopkeepers in this hour of need and all possible help would be given to compensate their loss due to fire .

Gupta regretted that being aborad at the time of incident, he could not remain in between the shopkeepers. He  said that it is his endeavor to ensure that shopkeepers resume their work at the earliest so that they can earn their livelihood. Sh Gupta thanked Chief Minister Sh. Manohar Lal for announcing an immediate financial assistance of Rs. 25 thousand each to the victims. He also expressed his gratitude to the residents of Panchkula who have also come forward to wholeheartedly help the victims.

Gupta said that he would soon hold a joint meeting with senior officers of the district administration and municipal corporation and office bearers of the Sector-9 market association to help the aggrieved shopkeepers and also to chalk out an effective strategy to prevent the reoccurrence of such incidents.  He said that there are four other rehri markets in Panchkula besides this rehri market.

He said that arrangement of all necessary fire equipments have been made in Panchkula to deal with any untoward incident. Approval has also been given to open new fire substations at Barwala, Pinjore, MDC and Sector-20 so that immediate assistance can be provided in the shortest possible time. Apart from this, arrangement of a hydraulic ladder has been made to deal with the incident of fire in multi-storey buildings.