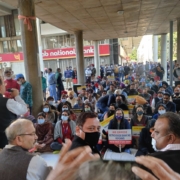 On the call of the United Forum of Bank Unions (UFBU), the apex body of 9 trade unions of Bank Employees and officers, a full day dharna as well as lunch time demonstration was held today in front of State Bank of India, Main Branch, Bank Square, Sector 17, Chandigarh against the Governments proposal to introduce the Banking Laws (Amendment) Bill, 2021 in the current session of Parliament. More than 100 members sat in the day long dharna and more than 500 members affiliated to UFBU participated in the lunch time massive demonstration held in front of State Bank of India. Two days continuous strike has also been planned by the UFBU for 16th & 17th of December 2021. The loud sloganeering by the participants including large number of lady members showed the anger of the members against the move of the Govt.

Sanjeev Bandlish, all India Convenor of UFBU said that Privatization of PSB’s will amount to rollback of Bank Nationalization, which is retrograde, ill-conceived and thoroughly inimical to the national interest. Comrade Naresh Gaur said that time and again Public Sector Banks have been used to bail out the ailing Private Sector Banks such as Global Trust Bank, United Western Bank, Bank of Karad etc. In the recent past, Yes Bank which was bailed out by Public Sector SBI and LIC. In the recent past Private Sector banks like RBL Bank, Bandhan Bank and four small finance banks have posted loses. RBI has also cancelled the license of Private Sector Local Area Bank namely Subhadra Local Area Bank. The common people have become scared of Private Sector Banks since they expose their hard earned savings. He said that the Government claims that it is implementing various social sector loans and schemes for the underprivileged sections of the societies through the PSB’s. During the pandemic period, it is the Public Sector Banks which have been giving uninterrupted customer services. He requested that the Government should withdraw the proposed Bill in the interest of the common people and nation.

While opposing the legislations to privatize the Banks, Sanjay Sharma, the convenor of UFBU (tricity) said that Pubic Sector Banks act as catalysts in the economic development of the society and backward regions of the country. Nationalized Banks have played a major role in the development of agriculture, small trade, small business, SSI, transport and in upliftment of weaker sections of the society. Way back in 2008 when the world economy was plunged into a deep crises and meltdown, it was PSB’s which helped Indian economy to sustain. Comrade sushil gautam said that all the Public Sector Banks are doing well and earning substantial profit. He requested that Privatization of public sector banks will jeopardize the interest of the common people and backward regions of the country and we all are opposed to any such retrograde move. 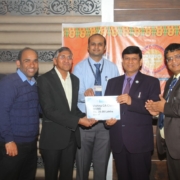 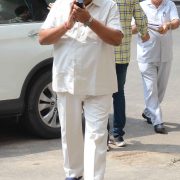 Haryana Vidhan Sabha Speaker, Sh. Gian Chand Gupta said that India has not only become  self-sufficient in food grains but is also meeting the demand of other countries. Under the dynamic leadership of Prime Minister, Sh Narendra Modi, several schemes have been implemented for the welfare of the poor and needy and the benefit of these schemes is being given directly to the beneficiaries by using information technology.

Gupta was addressing the gathering at a programme organized by the Regional Office of Food Corporation of India (FCI) , Sector 4 as part of ‘Azadi Ka Amrit Mahotsav’ here today.

Gupta said that to commemorate the completion of 75 years of India’s independence, ‘Azadi Ka Amrit Mahotsav’ is being celebrated across the country under which various programmes are being organized. While thanking the Prime Minister, Sh Narendra Modi , he said that besides rights and duties of the citizens, the Prime Minister has laid special emphasis on making the people ‘Atamnirbhar’ .

The Vidhan Sabha Speaker said that there was a time when India had to import food grains  to meet the demand, but today India has not only become self-sufficient in food grains but is also fulfilling the demand of other countries. The Food Corporation of India was established in the year 1965 and since then the Corporation has been providing food grains to the poor and needy at reasonable prices, which is a commendable work.
Sh Gupta said that various schemes have been implemented by the Government for the poor and needy people, including Pradhan Mantri Garib Kalyan Anna Yojana, Antyodaya Anna Yojana, Pradhan Mantri Ujjwala Yojana, distribution of essential commodities to BPL families at subsidized rates. The benefits of these schemes are being given directly to the beneficiaries, he added.

While referring to Covid-19, Sh Gupta congratulated Prime Minister, Sh Narendra Modi for his efforts to control the spread of Covid in the country. He said that in a country with a population of about 130 crore, it was difficult to control this  disease in such a short time. He said that though the cases of Corona have been reduced significantly yet it is not completely over. Therefore, the people should remain  cautious and follow the guidelines issued by the government from time to time.

Sh Gupta said that November 26 is celebrated as Constitution Day. The Day also apprises the people about their fundamental and constitutional rights. Sh Gupta said that on Constitution Day, people should take a pledge to also discharge their duties sincerely besides the fundamental rights and contribute towards the progress of the country.
Earlier, the Deputy General Manager, Food Corporation of India, Panchkula, Pradeep Singh said that since its inception in 1965, the FIC has been working for the welfare of the farmers and for the benefit of the consumers. 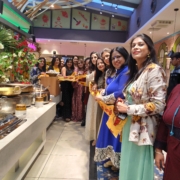 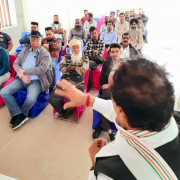 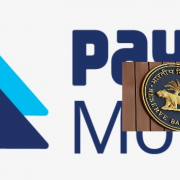 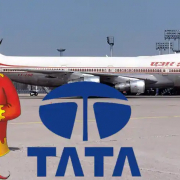 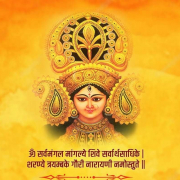 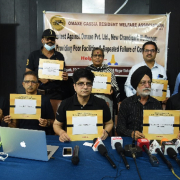 Omaxe Cassia Residents Welfare Association (OCRWA), Mullanpur, New Chandigarh raised voice to bring focus on the plight of Cassia residents who have paid in full years back to Omaxe Pvt. Ltd. and its group companies. The facilities committed are still awaited. Indifferent & Irresponsive attitude of Omaxe has forced us to raise an SOS alarm for help else we will gherao Punjab CM  Capt Amrinder Singh next month  said grieved residents .
Charter of Problems faced by residents

Possession was assured in 2 years. However, given after 8 years and even more.

No Club House as shown in plans and at time of sale even after 10 years. Paid Rs.1 lakh – 2 Lakh extra

No market. No dispensary. No chemist shop in the project Cassia.

No Uninterrupted Power supply even after 10 years. Residents paid cost of Power Back up years back!! Paid Rs. 50000-80000 Extra.

Old and Rented DGs installed for electricity back up which hardly works.

Open wires (LT cables), Open and loose junction boxes, Hanging wires can be seen everywhere in the project which is risk to safety of the residents and children.

No Hi-Tech Security as committed at the time of sale. Hitech security in terms of CCTV camera, Visitor management App, scrutiny and entry of people and vehicle, Multiple open entry points in project due to lack of fencing, Poor street lights and even no street lights in number of lanes etc. All this has lead to repeated thefts and also pose a security risk to the women and children after sunset.

No LIFTS were provided to 4BHK flat owners even after years of handing over possession to them. Now few have been installed after years of follow up but they are also non-functional.

IFMS (Interest free maintenance security) is being deducted towards CAM (common Area Maintenance Charges) which is an illegitimate act. This is a security deposit which can not be used by the builder. The builder has to transfer this to RWA at the time of handing over maintenance to the RWA.

Project handed over to buyers in an incomplete condition. How the builder got Partial Completion Certificate is a mystery!!

No Functional STP. A small STP units shown at the time of inspection which is under capacity yet still remains non functional. A 100KLD portable STP has been installed for the name sake which is still not connected and non functional against 540KLD STP plant as per the project reports submitted to GAMADA and Punjab Pollution Control Board. How did the builder get NOC from Pollution Control Board?

There is no provision of Fires Safety. The 3 BHK and 4 BHK buildings fall in the category of Apartments under 15m as per NBC (National Building Code) Fire Extinguisher and Hose Reel with a water tank capacity of 5000Ltr along with booster pump is required. The same is missing and builder is not ready to hear on this. How did the builder get NOC from FIRE department? It is a serious threat to the residents.

The president of Omaxe namely Mr. Bhupinder Singh signed agreement with resident representatives in December 2018 wherein the time frame of providing above facilities was agreed and in turn 50% CAM (Common Area Maintenance Charges) was agreed. Residents have been paying 50% CAM till date but the facilities agreed are NOWHERE. Even after State Consumer Commission order in case of Sateekhsan Sood Vs. Omaxe New Chandiagrh Extn. Developers Pvt. Ltd has clearly directed that No CAM is payable unless facilities are completed.

Omaxe and its Outsourced company Facility Plus has been threatening residents to pay CAM OR they shall stop services. The company issues notices to stop service and also stops service of residents. This arm twisting tactics are used only to extract money from innocent residents from time to time. Earlier they had started disconnecting electricity to the residents which was stopped after the orders from Appropriate courts.

There is no provision of mutation of property being done in the name of buyer. Omaxe forces to get the registry done but that is of no use as Mutation can not be done and thus the property does not get transferred in the name of owner in Land revenue records. An explanation has been asked multiple times from Omaxe officials for clarification as to under what provisions of Law it is being done has not yielded anything so far. 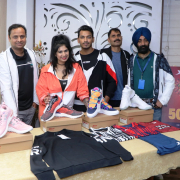