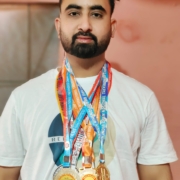 Rajesh Kumar International Player of Budo Kai Do Mixed Martial Arts Federation of India would fly to London to participate in the judo karate and other martial art events to be held in November this year.

The ace karate player has been selected for the World Karate Championship to be held in Canada in November this year.

A 10-time national gold medallist, Rajesh Kumar has been four times International medallist, besides being a gold medallist in the National Sikh games, bringing laurels to the country.

When asked about the prospects of his performance, he said with oodles of optimism “I shall try my utmost best to romp home with a gold medal, God willing. At present I am toiling hard in the run up to bag the championship”. 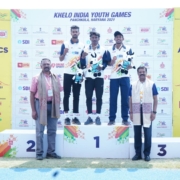 Haryana’s all-conquering grapplers wrested back the lead for their state in the Khelo India Youth Games, winning 4 out of the 5 gold on offer on the final day of their event here in Panchkula on Wednesday.

The hosts collected two more gold in track and field to take their overall tally to 30 gold, 23 silver and 33 bronze to surge past Maharashtra (26G, 25S, 22B), who could only manage a solitary gold on Day 6.

Elsewhere, in the swimming competition in Ambala, Karnataka began with a splash, creating three new marks while winning four gold. That took their gold tally to 6, following their two in track and field.

On the wrestling mat, promising Antim, who was seconds away from beating 2018 Asian Games gold medallist Vinesh Phogat during the Commonwealth Games trials, dominated the Girls 53kg category to clinch her second Khelo India gold in 3 years.

She was christened Antim as her parents wanted her, the fifth daughter, to be their last. But she has made it a habit of finishing first every time she enters a competition.

The Hisar girl proved too strong for her opponents, winning three bouts by technical superiority and one by a fall. In the final, she did face a determined Maharashtra’s Kalyani Gadekar but sailed through on her tactical acumen.

“I am very happy that I am performing consistently and looking forward to next month’s Asian U-20 Championships,” she said.

Maharashtra were a distant second with three gold, with Vaibhav Patil adding the Boys FS 55kg crown to their tally. Madhya Pradesh and Chandigarh wrestlers won one gold each.

In the day’s other events, Haryana weightlifter Jyoti Yadav clinched the gold medal in the Girl’s 76kg with a total lift of 178. Assam’s Suditya Baruah (Boys 89kg) and Punjab’s Dilbag Singh (Boys 96kg) bagged the other gold medals on offer from the weightlifting arena.

In track and field, Kiran of Rajasthan threw the Discus almost three metres further than her nearest competitor to clinch her state’s second gold medal in athletics. 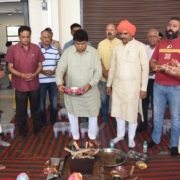 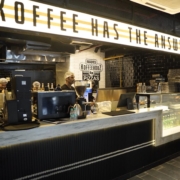 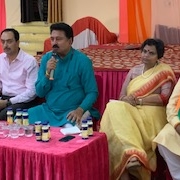 Inspired by the pop-culture phenomenon that is Roadies, Leapster Restaurants Pvt. Ltd. – licensee of Viacom 18 has created a unique offering ‘Roadies Koffeehouz,’ located in Chandigarh’s Sector 35. Serving specialty coffee and gourmet chef-made comfort food, Roadies Koffeehouz will bring the adventure and spirit of Roadies, to its fans in an unforgettable show-inspired food, beverage, and ambience experience.

This new launch in Chandigarh marks an extension of the franchise’s footprint, close on the heels of the successful launch of the Roadies Koffehouz in Mohali earlier this year which continues to receive tremendous love from consumers. Serving a speciality coffee blend, exclusively roasted for Roadies fans, the cafe features premium arabica, and naturally processed robusta, each of which are roasted to perfection. All-day mouth-watering and appetizing dining includes a variety of eggs and breakfast, freshly made pancakes, hand-stretched quick-fired pizzas, house made burgers and indulgent desserts. Keeping in mind even the health-conscious fans of Roadies, the menu features plant protein options along with a Fit Rider menu.

Not just this, Roadies inspired art pieces, memorabilia and merchandise will play décor to the café. The café provides a variety of seating options from bean bags to worktables and comfort couches for its diners spread across 1400-2000 sq.ft. of area. Building on the Roadies Spirit, Roadies Koffeehouz has also partnered with multiple communities including biker groups, off roaders, rappers, and entrepreneurs to promote local artists, entrepreneurs, and recognising those who have dared to make an impact.

Commenting on the launch, Sachin Puntambekar, Business Head, Consumer Products, Viacom18, said, “I am delighted to extend the Roadies universe even further with the launch of Roadies Koffeehouz, with our licensee and esteemed partner Leapster Restaurants Pvt. Ltd. This is yet another exciting opportunity for fans of the genre-defining show to get the Roadies experience forward through quality coffee, food and community connect.”

Sahil Baweja, Director Roadies Koffeehouz/ Leapster Restaurants added, “This is yet another milestone for us. Our goal has been to capture the phenomenon that is Roadies and create a coffee and food offering that is unparalleled in its ambition for quality and taste just like the brand. From our chefs to our servers, each team member has imbibed the spirit of Roadies, ensuring the flavours represent adventure and thrill and the in-store experience is as entertaining, memorable, and comforting. Our coffee program is led by top coffee roasters and the food is made with bespoke ovens and grills ensuring no compromises on quality, speed, and experience. We launched the first 24/7 outlet in Mohali, Punjab and received immense love and appreciation.”

Ankit Gupta, Director Roadies Koffeehouz/ Leapster Restaurants shared his excitement, “With a strong focus on specialty coffee and fresh chef made gourmet comfort food- we aim to build our own category, offering all day dining, coffee and the fun, engagement, and entertainment of Roadies. With a robust nationwide supply chain, in-house tech and media teams, we optimise our capex per store and ensure strong EBITDA from the first month.”

Shree Krishan, Territory Partner for Punjab said, “We are extremely excited for our rapid expansion starting with the launch of our full format coffeeshop and diner at sector 35, Chandigarh , followed by Sector 22 Aroma Eatery Chandigarh, Sector 7 Chandigarh, Malhar Road Ludhiana, and Patiala.”

Moose Jattana, contestant on MTV Roadies Journey in South Africa, who graced the occasion shares, “I am really excited about the Roadies Koffeehouz launch. As a new contestant on the show, I’m just beginning to understand how massive the Roadies fanbase is. I’m from Chandigarh myself and it’s just amazing to see how the adventure lends itself to the ambience and offerings here. I would love all my lovely people from Chandigarh to experience this Koffeehouz as a place where they get to enjoy, express and truly be themselves, quite like the spirit of being a Roadie.”Gourmands Sahil Baweja and Ankit Gupta of Leapster Restaurants Pvt Ltd plan to open 50+ outlets across India in 3 years. 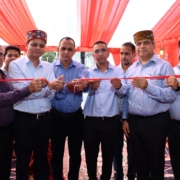 In continuation to our efforts for enhancing customer experience, Tata BlueScope Steel launched DURASHINE Galleria – a unique concept store for all your roofing needs, in the heart of Nerchowk, Mandi, Himachal Pradesh on 8 June 2022. DURASHINE is the retail arm of Tata BlueScope Steel, that manufactures and markets premium roof and wall cladding products including accessories, and solutions. DURASHINE Galleria is a full range dealership under the aegis of the company’s authorised dealer – M/s Naina Industries.
During the launch of the store, Mr. Anoop Kumar Trivedi, Managing Director Tata BlueScope Steel said, ‘Increasing our footprints while getting closer to our customers, is the ultimate objective of setting up these experiential centres across India. Enabling greater customer centricity through DURASHINE touch points not only reiterate our agility but also brings in novelty for in-store experience.”
While speaking on this occasion, Mr. CR Kulkarni, Vice President – Solution Business, Tata BlueScope Steel said, “This flagship store offers integrated communication for the brand, displaying complete range of key products in vibrant colours of roof and wall cladding options, tiles, liner panel for false ceilings and partitions, innovative products like Woodline for superior aesthetics and Coolshield (insulated sheets). Galleria also offers interactive zones in engaging formats for overall customer involvement. Today customers are more discerning and demand product experience before purchase decision, and this is a great avenue for ensuring they make the right choice.”
DURASHINE Galleria will fulfil the need for anyone looking for amazing aesthetics, excellent thermal efficiency, and exemplary colour durability. With great weatherability, structural strength and ambient interiors through its innovative solutions, DURASHINE is all set to spread its value within the HP market.
About Tata BlueScope Steel :-
Tata BlueScope Steel is an equal joint venture between Tata Steel & BlueScope Steel and is a market leader in the field of coated steel, steel building solutions and related building products. The Company operates in the Asia Pacific region. Tata BlueScope Steel maintains high standards in Safety, Health and Environment and has been certified by Underwriters Laboratory Inc. for ISO 9001: 2008 as well as by M/s. UL MSS India for the ISO 14001 & OHSAS 18001 certifications. Tata BlueScope Steel’s core values are Safety, Trust, Human Dignity and Excellence. The company consistently works towards “Creating Your New World in Steel!” 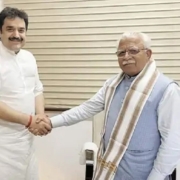 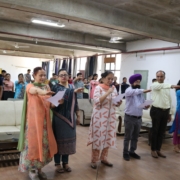