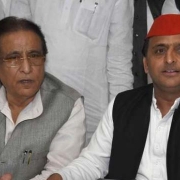 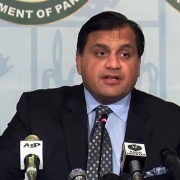 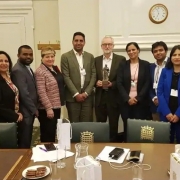 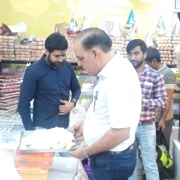 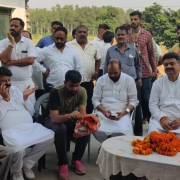 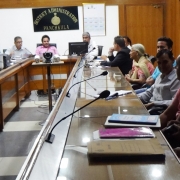 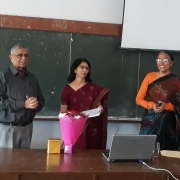 The Department of Psychology, Panjab University organized a special lecture on the occasion of World Mental Health Day, on ‘Suicide Prevention’ which is in line with the World Health Organization’s theme for the current year.

Dr. Preeti Arun, Professor at the Department of Psychiatry, GMCH-32, Chandigarh emphasized the symptomatology of suicide ideation, its recognition and preventive measures. She discussed techniques for enhancing positive mental health. The session concluded with an interactive round with the audience.

The Chairperson, Prof. Seema Vinayak extended a warm welcome to the guest speaker, faculty and students from several departments of the University and colleges. 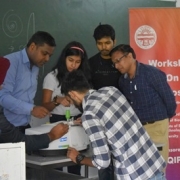 A one day workshop on “Spectroscopy” was conducted at the Dept. of Biotechnology, UIET under TEQIP III. The workshop included detailed discussion and hands-on sessions by experts from the industry on the use of spectroscopy in biological sciences. The seminar was attended by students and faculty. Students were highly motivated and the workshop deepened their understanding towards the widespread application of the latest technology. 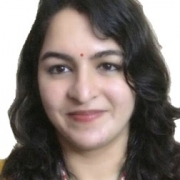 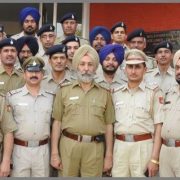 One arrested under NDPS Act

A case FIR No. 129, U/S 21 NDPS Act has been registered in PS-49, Chandigarh on the complaint of Sh. Amandeep Singh, Deputy Superintendent, Model Jail, Sector-51, Chandigarh against under trial prisoner Paramjeet Shori R/o # 209, Sec-78, SAS Nagar, Mohali (PB) who was brought back to Model Jail after peshi (attending) at District Court and during his personal search 1 gram heroin was recovered from his possession on 09.10.2019. Investigation of the case is in progress.

A case FIR No. 358, U/S 283 IPC has been registered in PS-39, Chandigarh against Parmod Kumar R/o # 5961, Maloya, Chandigarh who was arrested while he was obstructing public way with rehri/fari near wine shop, Sector 40D, Chandigarh on 09.10.2019. Later he was bailed out. Investigation of the case is in progress.

One arrested for theft

A lady resident of Nawa Shehar (PB) reported that unknown person stole away complainant’s Activa Scooter No. PB-20C-4074 parked at parking near Public Health Deptt. PGI, Chandigarh. A case FIR No. 206, U/S 379 IPC has been registered in PS-11, Chandigarh. Investigation of case is in progress.

Suresh Kumar R/o Shop No. 21, Grain Market, Sector-26, Chandigarh reported that unknown person broken locks of his house i.e. # 1356, Ground Floor, EWS Colony, Dhanas, Chandigarh on 08-10-2019. Stolen articles yet not estimated by complainant. A case FIR No. 142, U/S 380, 457 IPC has been registered in PS-Sarangpur, Chandigarh. Investigation of the case is in progress.