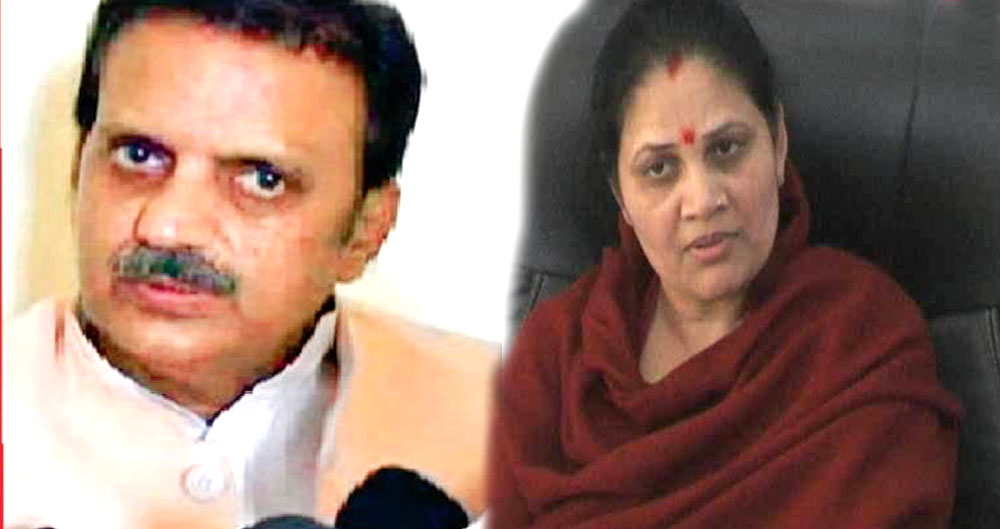 During zero hour, the Semaria MLA suddenly got up to speak and broke down after a flurry of accusations against the police and “a local minister”. She mentioned Mining and Industry Minister Rajendra Shukla while talking to reporters outside.

BJP MLA Neelam Mishra Tuesday alleged that she and her family members were being harassed by the police at the instance of “a local minister” who wanted to take revenge as she had raised the issue of illegal mining, prompting the home minister to assure her of protection on the floor of the Madhya Pradesh Assembly.

During zero hour, the Semaria MLA suddenly got up to speak and broke down after a flurry of accusations against the police and “a local minister”. She mentioned Mining and Industry Minister Rajendra Shukla while talking to reporters outside.

“Under the influence of local minister, the police administration is harassing my husband and family members… Because I had raised the issue of illegal mining he is taking revenge,” she claimed in the Assembly.

Neelam sat on a dharna in the well of the House after it emerged that the police had detained her husband in Dewas.

Denying the allegations, Minister Shukla said that he had never hurt anyone in his life and the MLA was preparing ground to switch loyalty to the Congress. He said she was naming him because it would get her publicity.

Shukla later said that police had recently booked Neelam’s husband Abhay Mishra and others for allegedly beating a police official on duty and this case could be the reason behind the legislator’s outburst. Abhay, who had joined the Congress three months ago and is chairman of the Rewa District Panchayat, was leading an agitation to demand action against those responsible for the suicide of a tribal leader.

The monsoon session of Madhya Pradesh Assembly ended abruptly with the House being adjourned thrice and the Opposition Congress accusing the Speaker of being a puppet in the hands of the BJP government. The day witnessed passage of 17 legislations and the supplementary budget.

Leader of Opposition Ajay Singh said, “The Assembly functions as wished by the BJP government. The Speaker is a puppet,” he told reporters.