In a first, Chandigarh Housing Board(CHB)  has decided to conduct ‘seismic evaluation’ of its dwelling units. Chandigarh falls in the zone IV seismic zone, which is considered ‘severe’. The move is part of the exercise being undertaken by the board before framing a policy for allowing need-based changes.

For conducting the seismic evaluation, the board has initiated the process for hiring registered structural engineers\firms by floating a tender. The experts will be required to carry out a detailed analysis of the dwelling units as per latest provisions prescribed the latest seismic code. Strength of existing reinforced concrete column (RCC) will also be examined as per the laid down norms.

According to sources, the experts will carry out detailed structural design calculations with the help of Staad, a structural analysis and design computer programme. The firms will also ascertain whether the various additions and alternation done by the owners have impacted the structure stability of the dwelling units.

The board has formed a committee to for regularising genuine need-based changes made by the owners of dwelling units. Maximum alterations and additions have been done in the EWS and low-income group (LIG). Many owners have also constructed additional floors by putting structural stability of their dwelling units at risk.
Throwing the building bylaws to the wind, a large number of owners have made additions in their rear courtyard by constructing servant room, toilet and washing area while in front courtyard residents have constructed additional rooms with temporary roof. In many cases, construction has exceeded permitted floor area ratio, the ratio of the total floor area of a building to the area of land it is built on.

Rajat Malhotra, president, Chandigarh Housing Board Residents’ Welfare Federation, said barring the dwelling units on which additional floor has been constructed are safe. “The number of such houses is less. There is no issue with the structural stability of majority of the houses,” Malhotra said. 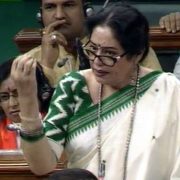 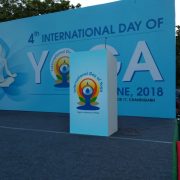