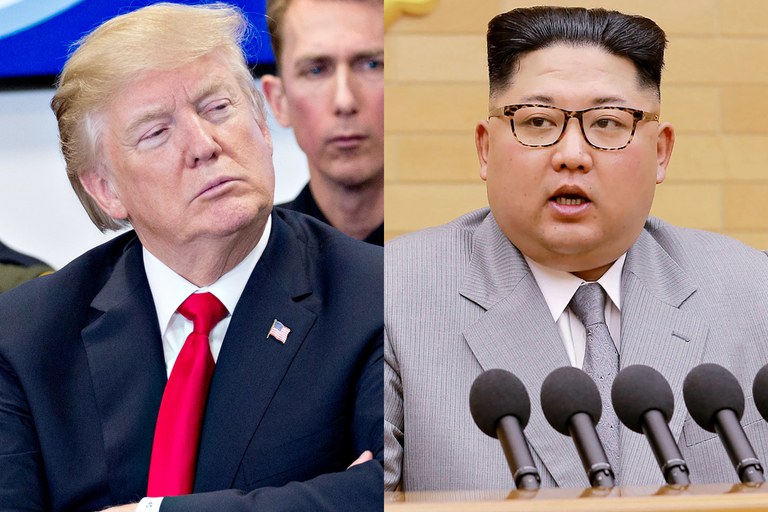 Washington: US president Donald Trump has cancelled the planned 12 June summit with North Korea’s Kim Jong-un, and cited “tremendous anger and open hostility” in a recent statement from North Korea.

In parallel, Trump is also telling Kim ‘do not hesitate to call me or write’ if the North Korean leader changes his mind regarding the summit.In that statement which Trump is referring to, the North Korean government referred to Vice President Mike Pence as a “political dummy” and said it is just as ready to meet in a nuclear confrontation as at the negotiating table.

Trump says in his reply: “This missed opportunity is a truly sad moment in history”.

Trump says in a letter to Kim released Thursday by the White House that based on the statement, he felt it was “inappropriate, at this time, to have this long-planned meeting”.

The US president says the North Koreans talk about their nuclear capabilities “but ours are so massive and powerful that I pray to God they will never have to be used.”

On the other side, North Korean media too stepped up their rhetorical attacks on South Korea and joint military exercises with the United States, warning Tuesday that a budding detente could be in danger.

The official media had until recently taken a relatively subdued tone amid the North’s diplomatic overtures to its neighbors, including a summit with South Korea’s president last month and plans for leader Kim Jong-un to meet Trump in Singapore on 12 June.

That first changed last week, when it lashed out against the maneuvers, cut high-level contacts with Seoul and threatened to “reconsider” the Trump summit.