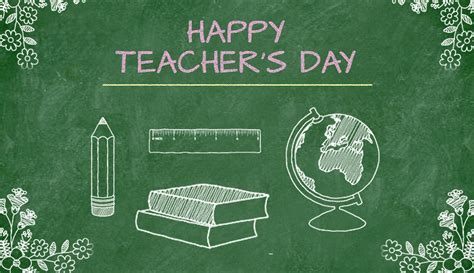 Why Teachers’ Day is so special and why do we celebrate Teachers’ Day in India?  In India, Teachers’ day is celebrated on September 5 to honour Dr. Sarvepalli Radhakrishnan on his birth anniversary.

Teacher’s Day 2019 will commemorate the 131st birth anniversary of Dr. Sarvepalli Radhakrishnan. Dr. Radhakrishnan highly believed that teachers should be the best minds in the country. Teachers’ Day began being celebrated on his  birthday since 1962, the year he became the second President of India.

Teachers’ Day aims to value and acknowledge the contribution of all the teachers in shaping one’s lives. Though it is not a holiday and students are required to report to school, normal classes are replaced by activities of celebration in school, honouring the teachers for their hard work and endless contribution to a student’s educational life.

Teachers’ Day is dedicated to all the teachers, gurus and mentors who guide their successors to become better human beings, just like Dr Sarvepalli Radhakrishnan did in his time.

Dr. Sarvepalli Radhakrishnan was one of India’s most distinguished scholars of the 20th century. His book, ‘The Philosophy of Rabindranath Tagore’ attracted global attention to Indian philosophy.

Dr. Radhakrishnan’s philosophy was grounded in Advaita Vedanta. He defended Hinduism against “uninformed Western criticism” and played a major role in the formation of contemporary Hindu identity. He earned the reputation of being the bridge-builder between India and the West.

Dr. Radhakrishnan was one of the founders of Helpage India, a renowned NGO for elderly underprivileged in India.

He was awarded several other distinguished awards as well such as a knighthood in 1931 and honorary membership of the British Royal Order of Merit in 1963.