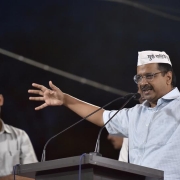 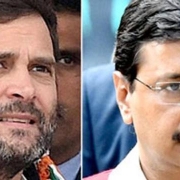 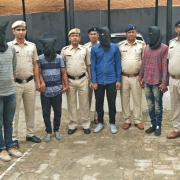 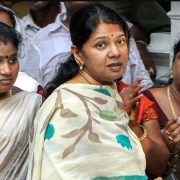 Amid allegations of a huge cash-for-votes racket in Tamil Nadu, officials of the Income Tax department visited the house of DMK leader Kanimozhi this evening to “verify allegations of cash being stashed there,” sources said.  Kanimozhi, DMK lawmaker and the sister of party chief MK Stalin, is the candidate for the Tuticorin seat. It was alleged that “lots of cash” was stashed on the first floor of her house in Thoothukudi, sources said. IT sources, however, said later that it was a “false tip” and they drew a blank. No case has been registered.

“Crores and crores of rupees are kept in the house of Tamilisai Soundararajan’s (state BJP chief) residence, why no raids there? Modi is using IT, CBI, judiciary and now Election Commission to interfere in the elections. They are doing this as they fear losing,” DMK chief Stalin said.

Elections for the state’s 39 Lok Sabha seats and 18 assembly seats will be held on Thursday, during the second phase.

In the run-up to the polls, a string of raids have been held in the state, in which around Rs. 500 crore — in illegal cash and gold — has been seized.

Today, in a first, election for the Vellore Lok Sabha seat was cancelled following recovery of huge cash from alleged associates of DMK candidate Kathir Anand, the son of DMK treasurer Durai Murugan.

On March 30, tax officials raided Durai Murugan’s residence and allegedly seized Rs. 10.50 lakh. Two days later, they claimed to have seized Rs. 11.53 crore from a cement godown belonging to an associate of the DMK leader.

Last week, tax department officials conducted searches at 18 locations in the state. The list of sites included state capital Chennai, Namakkal and Tirunelveli. Most of the searches were on properties owned by opposition leaders.

Tax raids on opposition leaders have become one of the key issues in the ongoing elections, with most leaders accusing the BJP of targeting political rivals through government agencies.

DMK spokesperson A Saravanan called it “a murder of democracy and a sick joke”. He added, “This is not an embarrassment for us, but this will backfire and the sympathy this would generate will make the DMK win all seats”.

Though 204 crore unaccounted cash has been recovered in Tamil Nadu ahead of polls, the Income Tax officials have not named any political party or candidates with regard to the remaining 190 crore cash.

A senior officer told newsmen “We are investigating their political affiliation”. 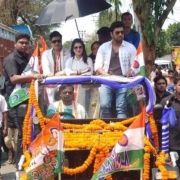 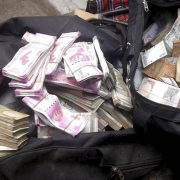 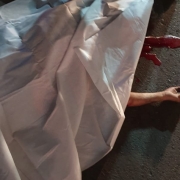 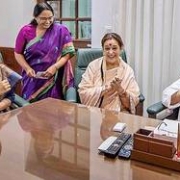 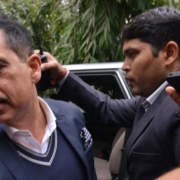 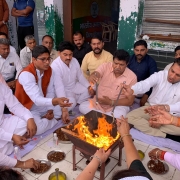