“The element of trust is an imperative between Constitutional functionaries so that Governments can work in accordance with Constitutional norms…” the court observed.

The verdict finds particular resonance given today’s fractured politics where functionaries at the Centre and states are often locked in a fierce political contest.

The narrow issue was the power struggle between the popularly elected Delhi government and the Lieutenant Governor appointed by the Centre but the Supreme Court substantially broadened its scope by sending a reminder of the need for political accommodation between the Centre and states.

It did this via three concurring judgments that, together, invoked the principles of “Constitutional morality”, “collaborative federalism”, and “pragmatic federalism” to stress the need for an “element of trust” between high functionaries of the Central and state governments.

The verdict finds particular resonance given today’s fractured politics where functionaries at the Centre and states are often locked in a fierce political contest. And when divisions are sharpening with political realignments in the run-up to general elections. 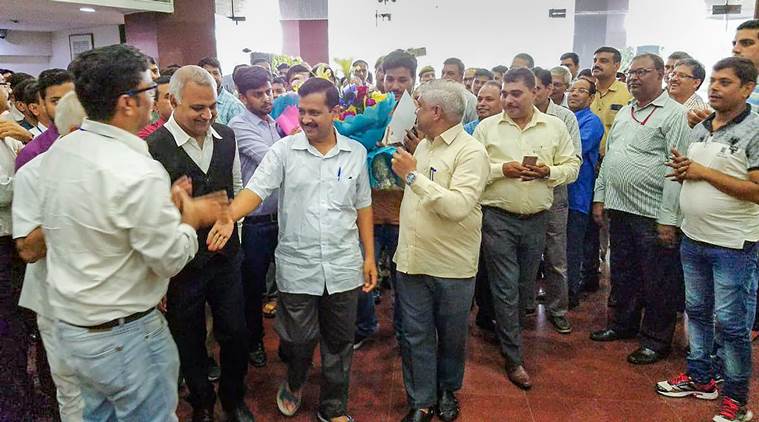 New Delhi: Delhi Chief Minister Arvind Kejriwal being welcomed by government and staff at Delhi Secretariat, in New Delhi on Wednesday, July 04, 2018. In the case related to the power tussle between the Centre and Delhi government in which a five-judge bench of the Supreme Court today unanimously held that Lieutenant Governor Anil Baijal does not have independent decision making powers and is bound to act on the aid and advice of the Council of Ministers.

Indeed, it is “Constitutional morality” that comes as a refrain throughout the three verdict. Defining its basic principles, Justice D Y Chandrachud wrote: “Constitutional morality provides a principled understanding for unfolding the work of governance. It is a compass to hold in troubled waters. It specifies norms for institutions to survive and an expectation of behaviour that will meet not just the text but the soul of the Constitution.

“Constitutional morality places responsibilities and duties on individuals who occupy constitutional institutions and offices,” wrote Justice Chandrachud adding, “it is only when political conflicts are regulated through negotiations and accommodation that the enforcement of constitutional principles can be achieved.” The Chief Justice, too, echoed similar imperatives from high functionaries in the democracy.

“Constitutional morality is that fulcrum which acts as an essential check upon the high functionaries and citizens alike, as experience has shown that unbridled power without any checks and balances would result in a despotic and tyrannical situation which is antithetical to the very idea of democracy,” wrote the Chief Justice. He added: “The decisions taken by Constitutional functionaries, in the discharge of their duties, must be based on normative acceptability.” 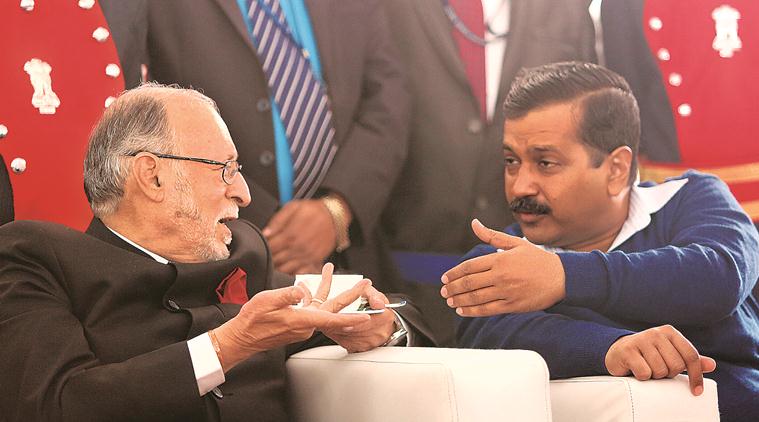 This morality, the CJI added, “negates the idea of concentration of power in the hands of a few.” And calls for a governance that “neither tolerates ideological fragmentation nor encourages any utopian fantasy.”

Justice Ashok Bhushan also invoked the principle of Constitutional morality in his judgment. Cautioning against any kind of “encroachment”, the Chief Justice advocated the principle of “pragmatic federalism” to call for collaboration among elected governments at the Centre and states towards a common objective.

“The idea behind the concept of collaborative federalism is negotiation and coordination so as to iron out the differences which may arise between the Union and the State Governments in their respective pursuits of development,” CJI wrote suggesting that “the Union Government and the State Governments should endeavour to address the common problems with the intention to arrive at a solution by showing statesmanship, combined action and sincere cooperation”.

https://demokraticfront.com/wp-content/uploads/2018/07/arvindkejriwal-759.jpg 422 759 Demokratic Front Bureau https://demokraticfront.com/wp-content/uploads/2018/05/LogoMakr_7bb8CP.png Demokratic Front Bureau2018-07-05 02:31:152018-07-05 02:31:15“The element of trust is an imperative between Constitutional functionaries so that Governments can work in accordance with Constitutional norms…” SC
0 replies

India – US set for talks on Iran