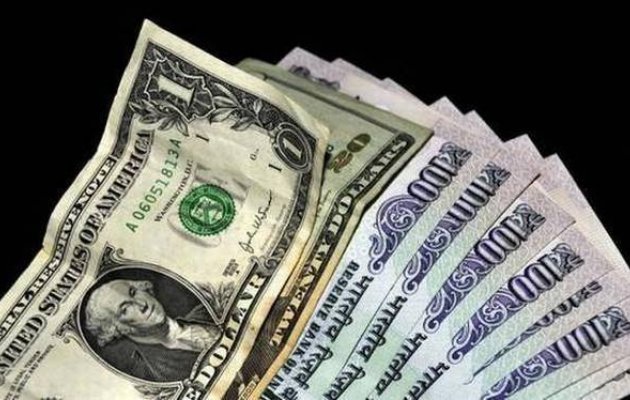 A question raised today, now that the rupee has crossed the 69 level, is as to where can it go? The answer is that no one really knows, as there have been too many things happening that go beyond the realm of fundamentals. Normally when the rupee falls at a rapid pace, it is conjectured that it would continue to fall and new psychological levels are accordingly fixed.

Touching 69 invariably has the market talking of 70. This is because we tend to make what in economics is called ‘adaptive expectations’. But as has been seen in the past, the Reserve Bank of India (RBI) can make a big difference in terms of intervening in the market, which then changes things quite appreciably and often there can be a reversal in direction.

Why has the rupee fallen? There are two standard sets of reasons for the same with each one reinforcing the other. These are witnessed even today. The market sentiment actually drives the rupee on a daily basis. Here the causes have strengthened this week.

First, the trade war between the US and China seems to be escalating in terms of decibels though the exact tariffs and restrictive procedures are less severe. But this is good to spook the market. Second, the recent decision of the OPEC to increase output has been interpreted as being a damp squib as the amount is too low to make a difference. The market now realises that what has been proposed touches the periphery and not the core. Therefore, Brent is back to the happy hunting days of $77-78 a barrel.

Third, US sanctions on Iran are escalating. As India imports oil from Iran, the panic is palpable even though closure of this market will bring about substitution with other countries. But the fact that a part of such imports is in oil is good enough to keep the market jittery.

Fourth, added to these factors is the realisation that interest rates in the US will increase, which means that there will be less capital flows to India. This makes the scene even messier. Last, the signals from RBI are awaited. Will the RBI do or not do? Yes, this is critical in the market as it always believes that the RBI will intervene in the market by selling dollars or through banks like the SBI in case things are moving away from fundamentals. As long as the RBI does not say anything or does not intervene in the market, it means that things are fine. Therefore, the rupee will go below further.

In such a situation, the fundamentals also get supportive. Exporters would prefer to hold back their dollar earnings hoping to reap a higher conversion rate that lowers the supply of dollars. Importers will rush for purchases of dollars – especially the oil companies, which in turn will add to demand for forex. This makes the fundamentals weaker, which support further deprecation. This is the usual story of the decline of the rupee which is being played out again.

The fundamentals are tending to show signs of fissures. The trade balance is widening and will do so further in case oil remains where it is. The CAD came in higher for FY18 and the belief is that it will be pressurised further this year due to these developments. Add to this the FPIs that were the favourites of the markets. They are in the withdrawal mode and in the last three months have been negative. This tilts the fundamentals in favour of a weaker rupee. which is being witnessed today.

The RBI has to step in now and send signals. Otherwise the assumption will be that a weaker rupee is acceptable as it provides a boost to exports. But beyond a limit, the inflation consequences are scary. Inflation is already moving up and a weaker rupee combined with a trade deficit means that imported inflation increases further. While one cannot predict food prices, the non-food component has been rising in the last 12 months and this can be the proverbial last straw. Therefore, there has to be some control over the depreciation. This is something which the RBI has to decide and it would have to assess the component of the depreciation which is not related to the fundamentals that are weakening.

The external account has been a strong point for us in the last three years mainly owing to the oil factor and relative peaceful geo-political relations. The advent of Donald Trump and other developments has made the global economic situation more volatile and the equations have changed. That is why the currency will cease to be stable, and forex reserves that were assiduously built up will now become a war chest where withdrawals can be expected to maintain stability in the market.

Congress and the JD(S) will meet in Bengaluru on Sunday to iron out any mis...
Scroll to top