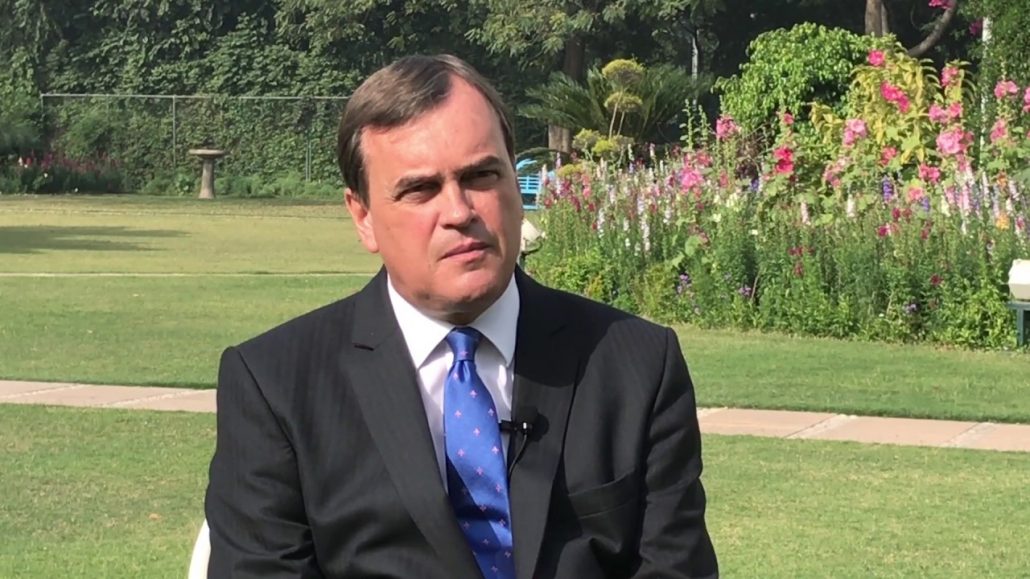 “I tend not to talk about my exchanges with the government, but, on this occasion, I will say no, nobody has (approached me on the student visa issue),” he said. “The terms being offered to Indian students this year are no different from what they were last year. Last year, to our delight, we saw 30 per cent more students going to the UK.”

Highlighting the silence in India about the British post-graduate degrees not being recognised by Indian universities, he said: “I am surprised that no one talks about the 14,000 students who do Master’s in the UK and come back, and that qualification is not recognised in India. I find that a bit odd.”

Responding to a question on some individuals like Vijay Mallya, Lalit Modi and Nirav Modi, who are wanted by Indian agencies, finding shelter in the UK, the High Commissioner said: “These frauds were committed in India. We are not responsible for the fraud. We are dealing with the aftereffects of a fraud and we are serious about dealing with the aftereffects. Sometimes people seem to think that the fraudsters committed the fraud in the UK, which is not the case.”

“The idea that we are somehow carefree about this is utterly ludicrous. We have a judicial system that we are extremely proud of. It may seem a bit protracted to an Indian audience, though to be fair, they have a legal system which is quite protracted as well. But the scrupulous adherence to judicial process is part of our democracy,” he said, while refusing to go into the details of individual cases.

“The seriousness with which we address both the handling of the cases or charges that are set, speaks for itself,” he argued. “The Crown Prosecution Service which is handling the Mallya case has earned praise from the Indian authorities about how they are going about it. The courts are going scrupulously over it, the banks have taken the orders from the judges. The handling of the case cannot be faulted for the judicial process or in respect of the process.”

The High Commissioner also said that the trade and investment relationship between India and the UK remains very strong, “We remain the largest G20 investor in India, British companies here invest almost double in India of what French and German companies do. One in 20 of the jobs in the formal sector are with British companies. By reverse, Indian companies invest more in the UK than the whole of EU combined. Last year, increase in service and goods trade both was 15 per cent.”

He also said that with “the shift of gravity to the east from the west”, the two countries are trying to adapt to an uncertain and changing world. He said India and Britain are still working out “how two countries who share fundamentally the same values, how they manage that adaptation”.