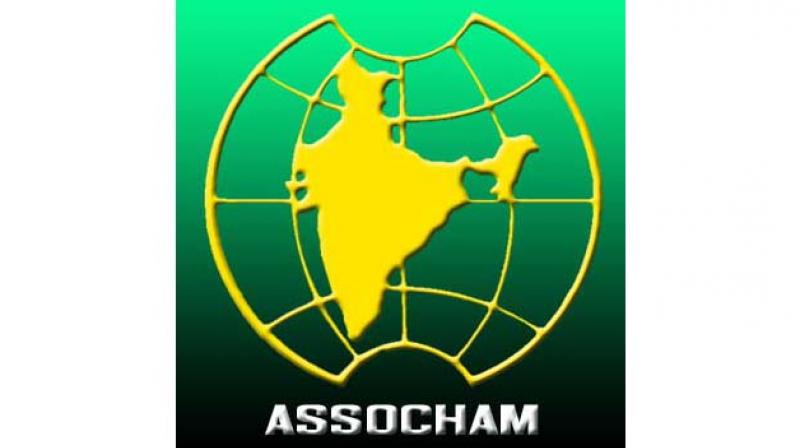 Chandigarh, 24 May, 2018: Showing a handsome revival in business sentiment in the last one year, as many as 248 projects involving an investment of Rs 1.20 lakh crore are under implementation in Punjab, with considerable cut in time taken for project completion, an ASSOCHAM paper has noted.

Most of the under implementation projects are in the services sector (other than financial) that constitute 45.1 percent of outstanding investment in 2017-18, followed by construction and real estate with 26.1 percent and manufacturing sector with 20.9 percent, said the study titled ‘Analysis of Punjab: Economy, Infrastructure and Investment,’ conducted by The Associated Chambers of Commerce and Industry of India (ASSOCHAM).

“Investment plays a vital role in strong economic growth and benefits of investments could be transferred to the people. The state, under the leadership of Chief Minister Captain Amarinder Singh, is recording robust improvement in new investment,” said ASSOCHAM Secretary General Mr D S Rawat.

In fact, the projects remaining under implementation or rather getting stuck has been a major concern for policy makers in most of the states. Most of the state governments along with the Centre have been trying to curb the project delays.

Electricity sector has recorded 6.9 percent of outstanding investment projects which are in the stage of under implementation and irrigation has 0.9 percent. The state has recorded significant structural transformation in the economy from agriculture driven economy to industry and services driven economy. But the state economy transformation has resulted in a significant increase in service sector while industrial sector has recorded moderate increase to the state’s economic contribution.

Punjab’s new investment growth rate has recorded 488 percent increase in 2017-18 which is highest in the last eight years and higher than the all India average growth, noted the ASSOCHAM study.

Electricity sector has recorded 6.9 percent of outstanding investment projects which are in the stage of under implementation and irrigation has 0.9 percent, noted the paper.

The analysis has observed that services and manufacturing have recorded significant increase in their under implementation share in the state while electricity and constriction & real estate share has declined. The construction & real estate sector under implementation rate is highest in the state followed by Services (other than financial), irrigation, manufacturing and electricity in 2017-18.

The analysis suggests that current level of investment has recorded significant shift in the investment pattern as against the investment pattern in 2011-12. In 2011-12, Services (other than financial), electricity and construction & real estate sector were the top three priority sectors to invest in the state and these sectors constituted  93.5 percent of total outstanding investment.

In terms of economic size, Punjab is the 14th biggest state in India and currently contributes around 2.65 percent of India economy, noted the paper. Punjab has been very crucial from the perspective of India’s food grain production. The state is the second largest contributor of India’s food grain. Therefore, better growth performance of state’s agriculture & allied sector can make significant contribution to India’s agriculture & allied sector.

Industrialization is a key driver of the structural change in the economy as the state has witnessed a rising share of industry and services in the state economy as compared to the agriculture & allied sector.

BJP presses for Speaker in Karnatka
Scroll to top