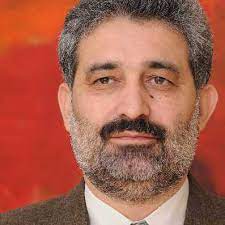 “Congress party and its leader have completely failed when they were in power at centre and Chandigarh MC but now use misleading comments and crocodile tears to garner the votes in upcoming elections,” says Chander Mukhi Sharma.

Former central minister Pawan Bansal addressed an election programme in Chandigarh and called upon people of the city to elect congress to power. While addressing the party workers and public, he quoted, “We are well aware of the problems faced by the residents”.

Talking about Pawan Bansal’s tenure as a minister and an MP of the Chandigarh, Mr. Chander Mukhi Sharma said, “Pawan Bansal has completely failed in solving the problems of the co-operative societies when in power but now using false propaganda to peddle lies”.

“Another issue which has been pending since 2009 is the internal maintenance of the societies. They are managing their internal roads, street lights, water supply & sanitation but Pawan Bansal did nothing in-spite of being a minister at that time. In every election he has contested, he promised all these things but fulfilled nothing,” Mr. Sharma added.

In the same event, Chandigarh Congress president Subhash Chawala claimed that they have formed a team to chalk out the problems faced by the society residents and they will make a plan to solve them accordingly.

Expressing concern over Chawla’s comment, the AAP leader said that it shows how the president is unaware of the problems of city residents when he’s been a mayor of Chandigarh. Instead of making committee for this task, he should ask Pawan Bansal to whom people have given multiple representations about issues and he’s already promised to solve them during the MP elections.