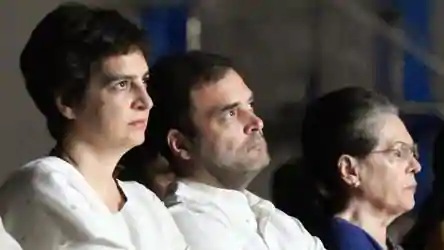 Although Media reports confirm that Chinese networking and telecom giant Huawei (Rs 7 crore) has pledged money to the Prime Minister Cares  fund. In the past, multiple different reports have highlighted Huawei’s links to the Chinese state in general and with the People’s Liberation Army in particular. In addition to this, Chinese mobile phone company Xiaomi – which recently went out of its way to highlight the fact that it makes phones in India – said that it had donated Rs 10 crore to the PM CARES Fund and various CM relief funds across the country. Two other Chinese mobile phone brands (Oppo and OnePlus), which have the same parent company, also donated Rs 1 crore each to Modi’s fund; yet BJP still has to decide whether the said donation should be returned to china or not.

The outcome of Indo – Cino tussle at Ladakh and un-earthing of Congress -CCP link is Modi too has recieved money from China. A direct and pretty fatal allegation by Abhishe Manu Singhavi of Congress Party. Congress was supposed to give answers on Funds recieved by RGF from CCP, and the memorandum signed by Rahul Gandhi with CCP in presence of then Prime Minister Manmohan Singh, and moreover why it was kept secret for a long time.

Congress instead of clarifying the mess created by them started playing blame games with Prime Minister Modi. Where as Congress fas supposed to critisize China for their cowardly act at Ladakh border tresspassng and attacking our soldiers instead started condeming Modi alleging him as ‘Surrender Modi’.

It is hard for Congress to accept that China can be defeated by un armed Indian soldiers. Rahul Gandhi staarted asking that why Soldiers were not carrying weapons and if they were then why they were not allowed to use them forgetting the treaty signed by his own party.

Now coming bac to the issue, where RGF is a family foundation PM Cares Fnd is totally a Govt of India’s initiative. Where in RGF escapes from all kind of audits PM Cares Fnd is right under the tight scanner. PMCF is using the amount on Medical fescilities and other relief activities RGF doesn;t even tells where it spends the money.

Now when Singhavi alleged Modi for recieving funds from Chinese companies it is very quizzical to understand that how come in the state of uncertiniy these companies having direct relations with PLA will donate to Indian Relief Funds. as on the one hand they were aware of the strategic moves of their Government.