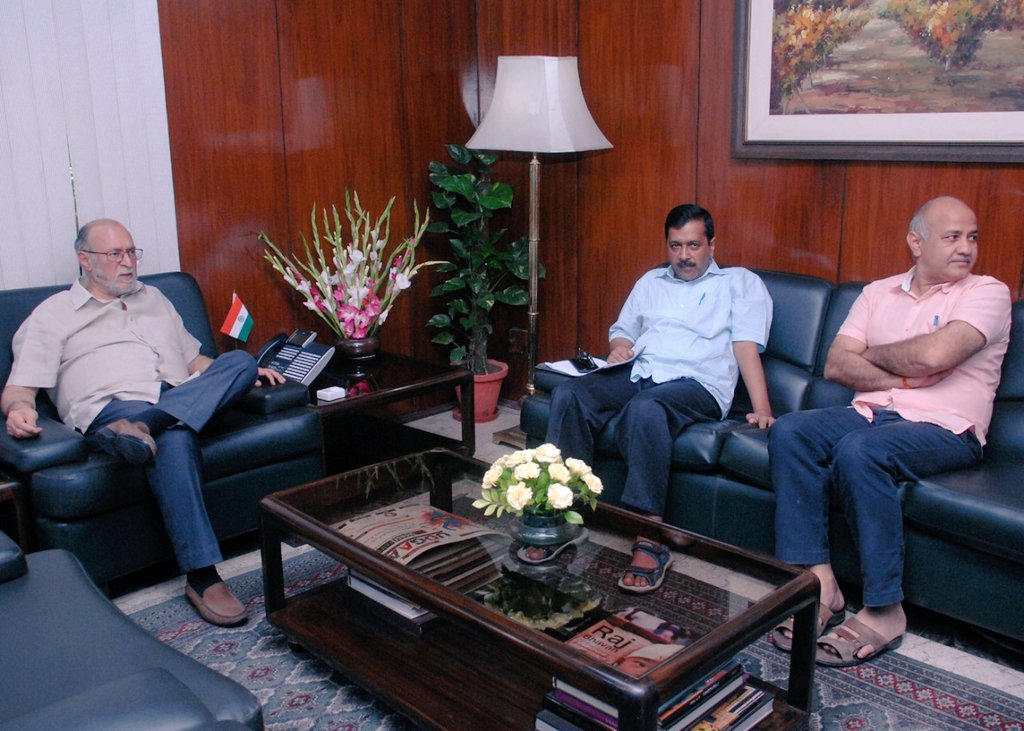 Notwithstanding the Supreme Court ruling on the Delhi government’s powers vis-a-vis the Lieutenant Governor, the tussle over powers to transfer or post officers has become a fresh bone of contention.

Kejriwal, who met L-G Anil Baijal on Friday, claimed the power comes under the state’s services department and hence lies with the Government of Delhi. However, in a press briefing after the meeting, Kejriwal told reporters that the L-G has refused to acknowledge the fact and said that Delhi being a Union Territory makes its powers subservient to the Central government.

“L-G saheb agreed that it is not necessary to send files to him for approval every time, but he is not ready to cooperate in the services case,” Kejriwal said.

Kejriwal said that the L-G claimed that since the Supreme Court did not scrap the home ministry’s 2016 notification, which makes Baijal the authority on matters relating to transfers and appointments. “I tried to point it out to him that from SC’s ruling, which limits L-G’s powers to Land, Police, and Public Order, the notification gets defunct automatically. Since services don’t fall under the purview of any of the above, the power should lie with the Delhi government,” Kejriwal said.

“But L-G wants that Delhi government remains answerable for the work done by these officers, while he wants to appoint them himself,” he added.

“L-G sought advice from that MHA which told him that services should not be given to Delhi government. It is the first time in the history of India that the Central government has openly refused to obey the SC’s order…,” Kejriwal told reporters.

This would lead to anarchy in the country, he said. The chief minister said that since the parties in power at the Centre and state were political opponents, a conflict would surely arise as the Centre would want AAP to lose next elections.

He said, “If a common man fails to comply with Supreme Court’s decision, he could still understand. But I fail to understand why the Centre itself is bent on committing contempt of court.”

Meanwhile, Baijal also tweeted that he met Kejriwal and assured him of his continued support.

Hours after the Supreme Court’s landmark judgment earlier this week, the Delhi government introduced  a new system for transfer and postings of bureaucrats, making the chief minister the approving authority.

However, the services department refused to comply, saying the Supreme Court did not abolish the notification issued in 2016 which made the MHA the authority for transfers and postings.

The Supreme Court in its landmark judgement on Wednesday had said the L-G is bound by the elected government’s advice and cannot be an “obstructionist”.

Earlier on Thursday, the chief minister requested all stakeholders to implement the court order on distribution of powers between the Delhi government and the L-G and said the verdict had clearly demarcated the areas of power sharing.

He said the chief secretary had written to him, saying the services department would not follow the orders. “If they are not going to abide by it and the transfer files will still be seen by the L-G then it will amount to contempt of the Constitution Bench,” Sisodia told reporters.