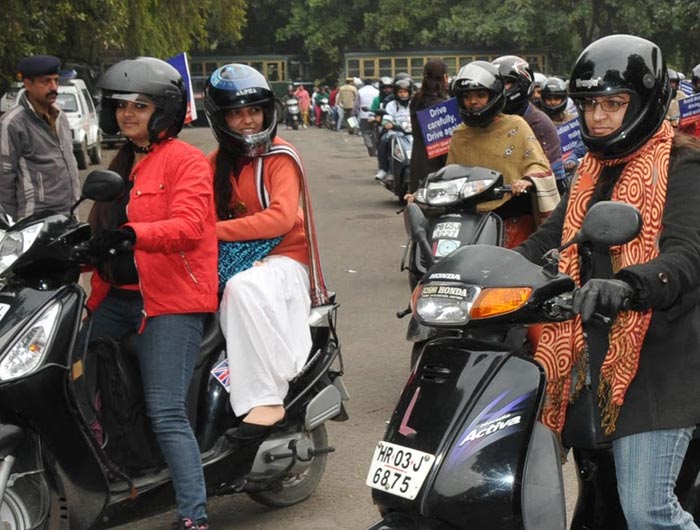 Helmets have been made mandatory for women two-wheeler riders barring those who wear a turban.

Punjab governor and Chandigarh administrator VP Singh Badnore on Friday issued a notification that exempts only turbaned Sikh women from wearing a helmet while riding two-wheelers in Chandigarh. The order comes into immediate effect. 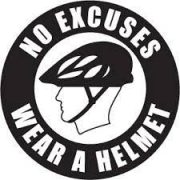 The decision had been pending since May when the Chandigarh administration had received 14 suggestions, of which seven were in favour of exempting only Sikh women, while the rest were against it. Senior UT officers sent their recommendations to the administrator for a decision.

On April 21, following the directions of the Punjab and Haryana high court, the Chandigarh administration had proposed that all women, except those who were Sikh and wore turbans, will have to wear helmets.

Proposing amendment in Rule 193 of the Chandigarh Motor Vehicle Rules, 1990, the UT had invited objections and suggestions from people within 30 days, from the date of publication of the draft notification in the extraordinary gazette.

The Chandigarh administration had proposed the amendment considering the safety of women, including that of Sikh women who did not wear a turban, particularly in view of the fatalities occurring in road accidents. 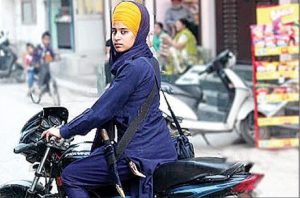 In his objection, Hardeep Singh Buterla, president of the Shiromani Akali Dal (SAD), said, “Women wearing helmet is totally against Sikhism. Amending the Chandigarh Motor Vehicle Rules, 1990, will hurt sentiments of Sikhs. We will not allow this to happen.”

On the other hand, RK Garg, president, Second Innings Association, said, “Wearing helmets is mandated for all those riding two-wheelers, but the state government is competent to make relaxation for some categories of two-wheeler riders. In view the high fatality rate of two-wheeler riders, including women, it is the need of the hour that for saving precious lives of all two-wheeler riders, wearing headgear may be made compulsory, as in case of accidents it is not the religion but the life that is the most important.”

After re-evaluation, another Ludhiana girl is class 12 state topper in sports...