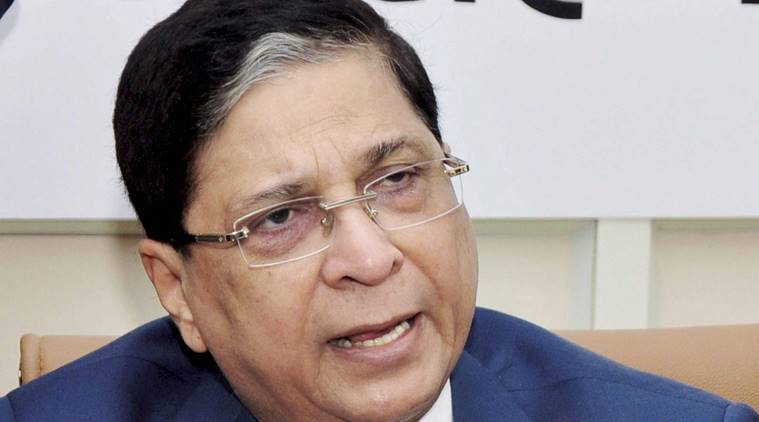 Chief Justice of India Dipak Misra. The SC upheld the CJI’s role as ‘Master of Roster’ and disposed of a petition filed by senior advocate Shanti Bhushan. (Express Photo/File)

The Supreme Court upheld the Chief Justice of India’s role as “Master of Roster”. Justices Sikri and Bhushan delivered two separate but concurring judgements upholding the prerogative of the CJI in the allocation of cases.

The Supreme Court Friday upheld the Chief Justice of India’s role as “Master of Roster”. A two-judge bench, comprising Justices A K Sikri and Ashok Bhushan, stated that the CJI’s role cannot be interpreted to include the Collegium when it comes to the allocation for cases as it will make day-to-day functioning difficult.

Disposing of the petition filed by senior advocate Shanti Bhushan, Justice A K Sikri said, “Erosion of respect for the Judiciary in public minds is the greatest threat to the independence of the institution.”

Justices Sikri and Bhushan delivered two separate but concurring judgements upholding the prerogative of the CJI in allocating cases.

Reacting to the verdict, advocate Prashant Bhushan, who represented Shanti Bhushan in court, tweeted, “Sad that SC today ruled that CJI can unilaterally decide allocation of cases. 4 judges pointed out in PC that CJI was abusing his powers in allotting sensitive cases like Loya’s, medical college scam etc. Unfortunate that SC has not insulated itself from abuse of CJI’s powers.”

In his petition, Shanti Bhushan had questioned the CJI as the ‘Master of Roster’ and wanted either the Collegium or a full court to decide the allocation of cases.

Attorney General K K Venugopal, in response to the plea, had argued that the role “requires decision on several aspects and that is not something that five (the Collegium) or all of them (judges) can sit and thrash it out”. He also told the court that “this is not like the appointment of judges… where the judges (of the Collegium) are not personally involved (they decide on the files of others). Here, they are personally involved, and each may want to hear cases of a particular jurisdiction”.

To this, Prashant Bhushan countered that it was safer to have a collective decision as the CJI, too, could want to hear cases of a particular jurisdiction.

In January this year, four senior-most judges — Justices J Chelameswar (since retired), Ranjan Gogoi, Madan B Lokur and Kurian Joseph — of the Supreme Court, in an unprecedented press conference, said that the situation in the apex court was “not in order” and many “less than desirable” things had taken place.

Haryana Employees need not to go under any test(Dope) : Vij

After re-evaluation, another Ludhiana girl is class 12 state topper in sports...
Scroll to top