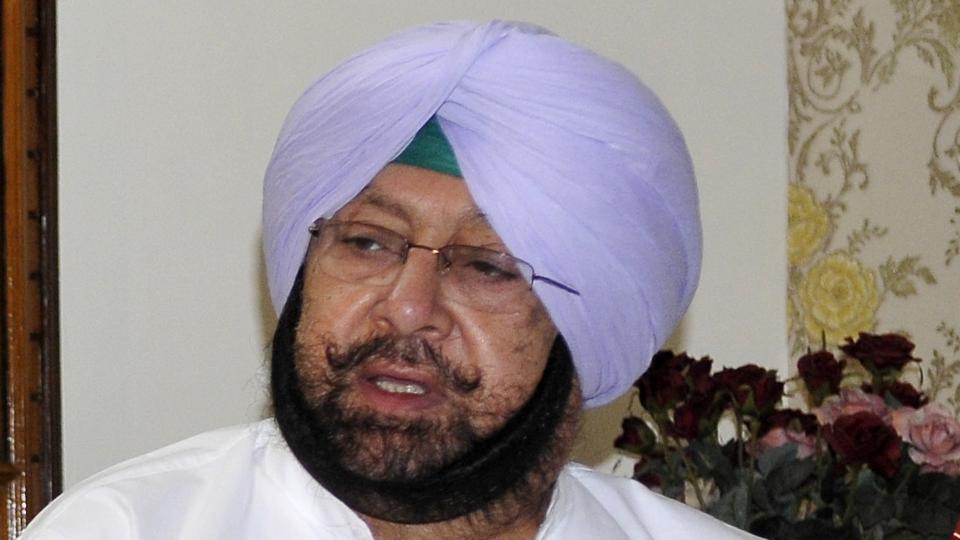 Amarinder Singh had become the Chief Minister of the state after 2002 elections.

AMID THE ongoing outcry over suspected drug overdose deaths in Punjab, Chief Minister Captain Amarinder Singh on Wednesday had to personally face questions on the issue during his rare presence in the Punjab and Haryana High Court.

Amarinder was in the High Court on Wednesday afternoon during the hearing of a election petition against him. The plea against his election to the Assembly in 2002 has remained pending for the past 16 years. The plea filed by a Patiala resident had alleged that Amarinder resorted to corrupt practices during the polls.

Though the hearing in the courtroom of Justice Daya Chaudhary lasted only few minutes, the judge took the opportunity to remind the Chief Minister about the police failure in the implementation of Narcotic Drugs and Psychotropic Substances (NDPS) Act in the state. After recording his statement in the election case, Amarinder had taken a seat when Justice Chaudhary, while addressing him and state Advocate General Atul Nanda, said that she wanted to comment about the NDPS Act since the CM was himself was present in the court.

The judge said though the final reports were presented in the NDPS cases, there was a delay in submission of FSL reports before the courts. Justice Chaudhary said the provisions of NDPS Act were not being followed in the state and stressed on the need of submitting the FSL reports along with the final probe reports in drugs cases. Stating that many false cases and instances of drug implanting had also come to the fore in recent times, Justice Chaudhary said it was important that the forensic labs were strengthened for timely detection of false cases. The judge asked the CM to ensure strict implementation of the provisions of NDPS Act.

While Justice Chaudhary observed that the situation was comparatively better in Haryana and UT Chandigarh, Amarinder assured the court he would personally look into the matter and hold meetings in this regard. The hearing in the election petition lasted only few minutes as the counsel of petitioner Harkirat Singh was not available during the hearing.

Amarinder had become the Chief Minister of the state after 2002 elections.

In the lighter vein with Rajnath Singh

India – US set for talks on Iran
Scroll to top