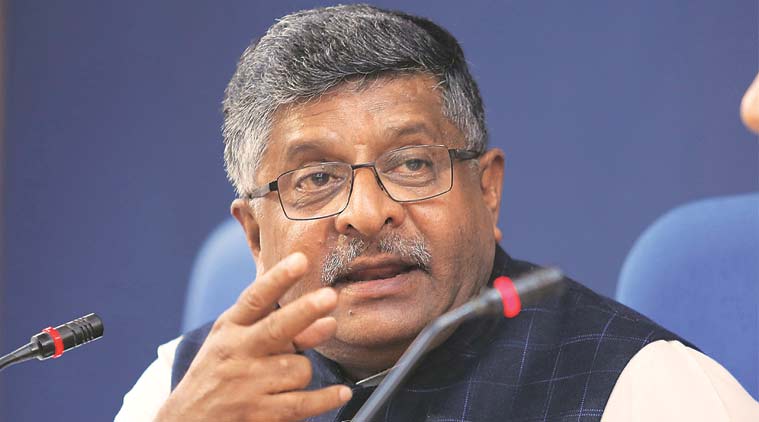 The initiative — which comes as IT Minister Ravi Shankar Prasad takes notice of the recent spate of lynchings — has conveyed the Government’s “deep disapproval” to WhatsApp and called for “necessary remedial measures” and “immediate action” to stem the flow of misinformation.

IN the wake of recent mob violence across the country fuelled by rumours of child lifters on social media platforms like WhatsApp, the Ministry of Electronics and Information Technology has sent a letter to the WhatsApp senior management, urging action against misinformation circulating on its platform in India.

The initiative — which comes as IT Minister Ravi Shankar Prasad takes notice of the recent spate of lynchings — has conveyed the Government’s “deep disapproval” to WhatsApp and called for “necessary remedial measures” and “immediate action” to stem the flow of misinformation.

Senior officials who sent the letter specified no deadline for a WhatsApp.

“The Government has also directed that spread of such messages should be immediately contained through the application of appropriate technology,” the Government said. “It has also been pointed out that such (a) platform cannot evade accountability and responsibility especially when good technological inventions are abused by some miscreants who resort to provocative messages which lead to spread of violence.”

Representatives of social media platforms Facebook, Twitter and WhatsApp, sources said, will also be called for a meeting to be convened soon by the Home Ministry. This decision was taken at an inter-ministerial on June 16 chaired by Home Secretary Rajiv Gauba where the issue of circulation of false information and fake videos was discussed in detail.

The meeting also took stock of terrorist organisations using social media and discussed the ways to prevent their spread, along with that of pornographic material, the official said.

Over the past year, several people have been killed in incidents of mob violence linked to hate crime and rumours about child-lifting. Said a senior official: “We have a problem that WhatsApp should tackle. How they tackle it is up to them.”

When contacted by pressmen about the letter, a WhatsApp spokesperson said: “WhatsApp cares deeply about people’s safety and their ability to freely communicate. We don’t want our services used to spread harmful misinformation and believe this is a challenge that companies and societies should address.”

Recently, a WhatsApp spokesperson had told pressmen that the situation is a “public health problem” which will require solutions from outside the company as well, including the government.

The company — owned by Facebook — has roughly 300 people who are all based in Menlo Park, California, but is planning to hire in India soon.

“The responsibility is beyond any one technology company,” the spokesperson stated. “It requires partners on the other side . I think it’s up to the Indian government to decide what is the right mechanism to address the spate of killing that is occurring. It is going to have to be a collaboration.”

A MEITY senior official told pressmen, “The issue is not very simple. The technology was developed for a good thing and it’s being used for a wrong thing.”

While both MEITY and WhatsApp have acknowledged the problem, the two may diverge on solutions. WhatsApp has made it clear that the company will not be responsible for chasing specific rumours and stopping the publication of any specific content because of the high value it places on privacy in private conversations.

While the company cannot see the content of messages, it does have access to “metadata” — data such as contact lists, mobile numbers — which the spokesperson said the company will look at to potentially learn more about “bad actors who use the platform maliciously at scale and in an automated way.”

The spokesperson also mentioned ongoing research into reports of spam.

In addition, the spokesperson mentioned upcoming collaborations with academics, as well fact-checking models in other countries that they could help emulate in India. The spokesperson added that news discussions are emerging in the private conversation space, changing the nature of research into the topic. The Silicon Valley company is especially aware of the upcoming 2019 general elections as a pressure point for communication channels.

WhatsApp’s forward label which marks forwarded messages is in beta testing while a new product update allows admins to choose a setting that only gives administrators permission to publish in a specific group.

India is WhatsApp’s largest market, with 200 million monthly active users in the country. The company says that globally, 90 percent of messages are groups and a majority of groups are less than six people. The spokesperson has declined to give specific India numbers about groups but stated that the numbers are not substantially different.