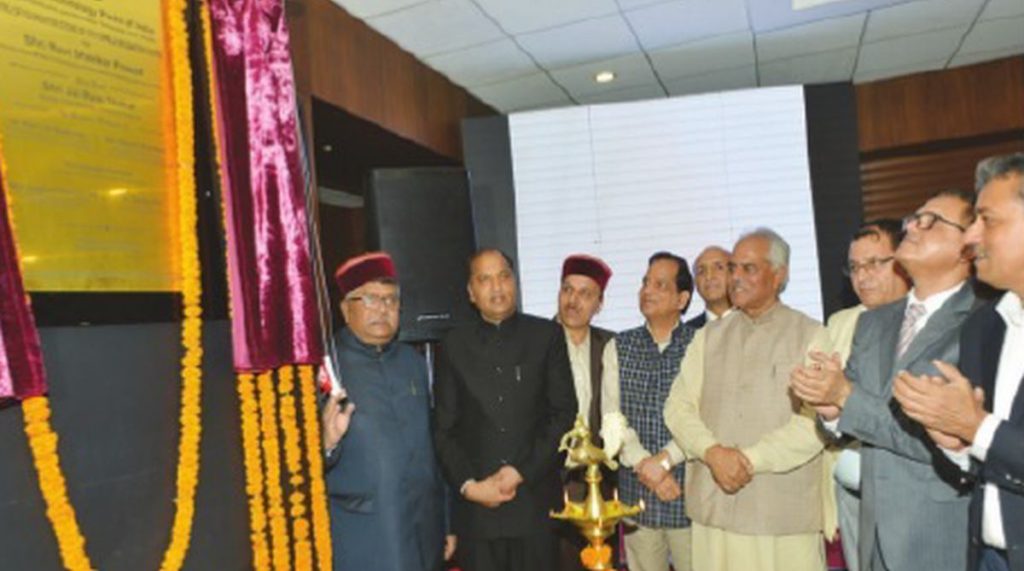 Union Electronics, Information and Technology minister Ravi Shankar Prasad on Monday announced, all the district hospitals of Himachal Pradesh would be made e-Hospital so that people could be benefitted.

Speaking on the occasion of laying foundation stone of Incubation Centre of Software Technology Parks of India (STPI), he directed the NIC to immediately start work in this direction.

He also announced that National Institute of Electronics and Information Technology would be established in Mandi at the earliest and said 50 villages of the state would be made Digital Villages.

“The stupendous growth in exports by the STPI units from Rs 52 crore in 1992-93 to more than Rs 3,50,680 crore in 2016-17 shows that STPI has played a key role in creating Brand India and transforming the country as the most preffered IT destination,” he said.

Prasad said it has also played a phenomenal role in promoting Tier-II/Tier-III cities of the country.

He said that Prime Minister has a vision of Inclusive Digital India. “31 crore bank accounts were opened under Jan Dhan Yojana and started providing Direct Benefit Transfer to the poor directly to their accounts,” he said.

The government has saved Rs 90,000 crore during the last three years by way of direct benefit transfer and 91 BPOs have been established in smaller towns of the country during the last four years.

This has helped the youth in getting employment opportunities nearer to their homes, he said. He also announced that more BPO would be opened in HP.

He said that the climate of the state was suited well for the electronics and it could be developed as a major electronic manufacturing hub of the country.

The Union Minister said that STPI additional Incubation facility at Shimla would act as a resource centre for IT/ITES/ESDM units by offering general infrastructural facilities like ready to use Incubation space, High Speed Data Communication with uninterrupted data connectivity and other amenities required for export of software and services which would help to create direct and indirect employment opportunities to IT educated youth of the region.

He said that this would also help in promoting the region as one of the preferred Information Technology destination of the country.