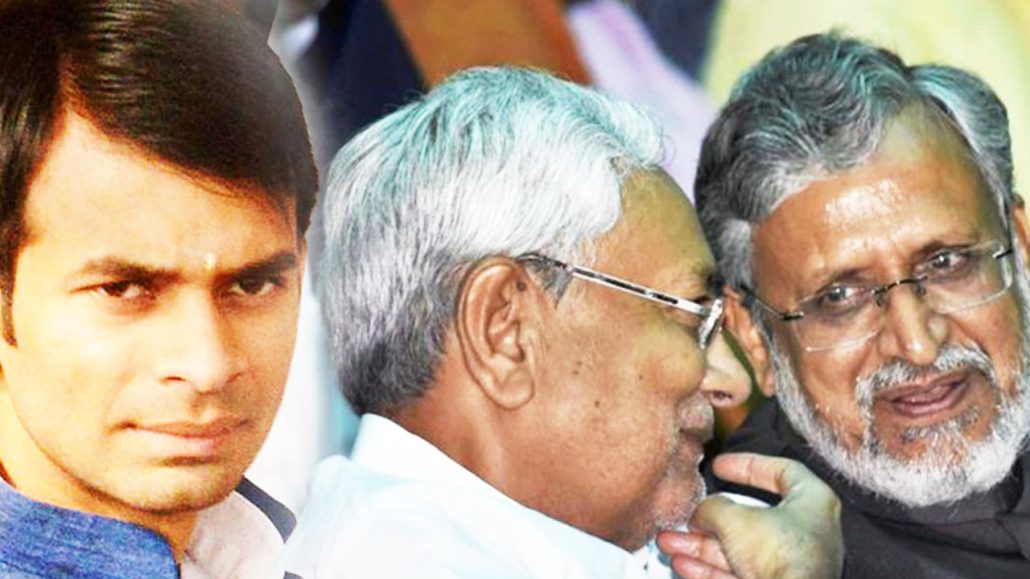 RJD leader Tej Pratap Yadav has said he intended to put up a “no entry” board at his mother’s house in Patna for Bihar Chief Minister Nitish Kumar, in line with his party’s stand that the door is closed for return of JD(U) president to the Grand Alliance, which also comprises Congress.

Reacting to the maverick Yadav’s deriding remark, JD(U) spokesman and MLC Neeraj Kumar on Monday said their house is frequently raided by CBI, Income Tax Department and the Enforcement Directorate. Who would like to enter it in the first place?

I wish to put up a board proclaiming No Entry for uncle Nitish Kumar here, at this bungalow, Tej Pratap Yadav, elder son of Lalu Prasad, had told reporters on Sunday, outside the 10, Circular Road residence allotted to his mother and former Chief Minister Rabri Devi, a stones throw from the Chief Minister’s official residence 1, Anney Marg.

Yadav was replying to queries about the statement made last week by his younger brother Tejashwi Yadav, whom the party has named its Chief Ministerial candidate for the next assembly polls, that the door is closed for Nitish Kumar who is said to be growing uncomfortable in the BJP-led NDA.

Tejashwi Yadav, who is also the leader of the opposition in the state assembly, had made the statement in the backdrop of reports that Congress, was willing to take Kumar back in the alliance upon his breaking ties with the BJP.

Tej Pratap Yadav, whose family has been targeted many times by Sushil Kumar Modi over alleged irregular land transactions, said the Bihar Deputy Chief Minister should sit at home and drink tea, the people are going to give him a befitting reply in the next elections.

Replying to a query, the former health minister made it clear I am not going to contest the Lok Sabha polls as I have no desire to move out of Bihar. I will contest the next assembly polls.

When asked about Tej Pratap Yadavs remarks, JD(U) spokesman told PTI the language used by the RJD leader reflects the values he has grown up with. He also seems to be frustrated over having to play second fiddle to his younger brother.

Notably, the Grand Alliance had come into being after Nitish Kumar and his arch-rival RJD supremo Lalu Prasad sank their differences and joined hands, in the wake of the drubbing received by them in the 2014 Lok Sabha polls.

The three-party alliance swept the assembly elections held a year later, causing the biggest setback to the BJP-led NDA’s winning spree. Tejashwi, then just 26 years old, was made the Deputy CM. However, after money laundering cases were lodged against him last year, relations began to sour between the RJD and Nitish Kumar.

The Chief Minister finally walked out of the alliance in July last year, formed a new government with the BJP and returned to the NDA, which he had quit in 2013 following differences over projection of Narendra Modi, then the Gujarat Chief Minister, as the Prime Ministerial candidate.

IS takes responsibility of Jalalabad suicide bombing
Scroll to top