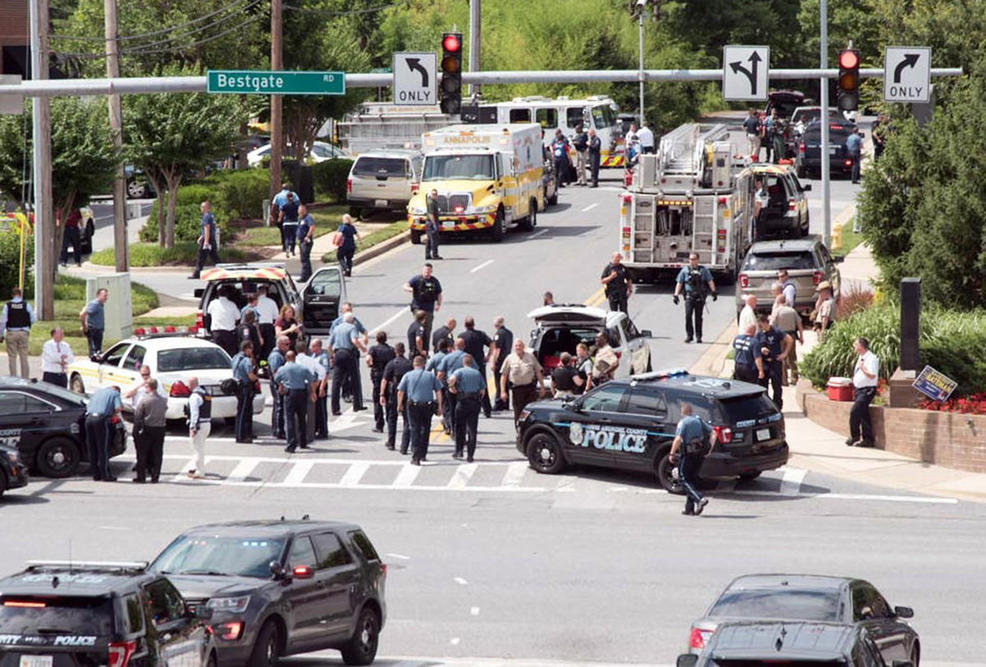 The scene outside 888 Bestgate, where an active shooter was in offices of the Capital Gazette Newspaper, with heavy police, fire, and rescue presence on Thursday, June 28, 2018 in Annapolis, Maryland

A gunman opened fire on a newspaper office in Maryland’s capital on Thursday, killing five people and wounding others before being taken into custody in what appeared to be one of the deadliest attacks on journalists in U.S. history.

Police said the suspect was a white man in his late 30s whose rampage at The Capital Gazette followed social media threats directed at the newspaper. Authorities said the man entered the building and “looked for his victims.” He threw smoke grenades and fired a shotgun at his victims, according to Anne Arundel County Acting Police Chief William Krampf. 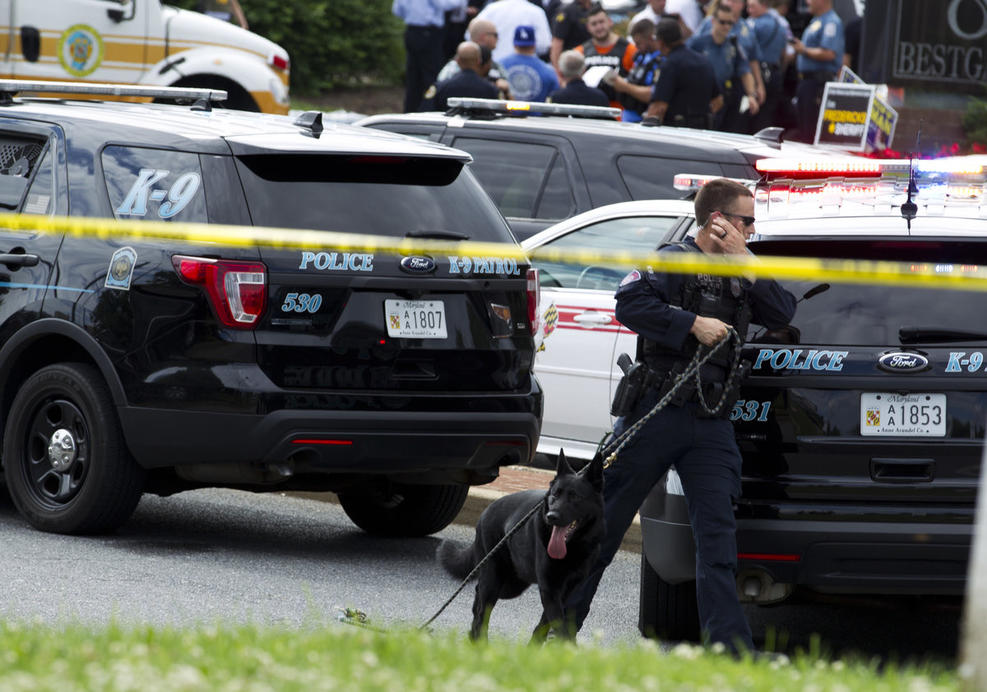 A K-9 police unit works the scene after multiple people were shot at the offices of the Capital Gazette newspaper in Annapolis, Maryland on June 28, 2018.

Phil Davis, a reporter who covers courts and crime for the paper, tweeted that the gunman shot out the glass door to the office and fired into the newsroom, sending people scrambling for cover under desks.

“A single shooter shot multiple people at my office, some of whom are dead,” he wrote.

Mr. Davis added: “There is nothing more terrifying than hearing multiple people get shot while you’re under your desk and then hear the gunman reload.”

The attacker had mutilated his fingers in an apparent attempt to make it harder to identify him, according to a law enforcement official. 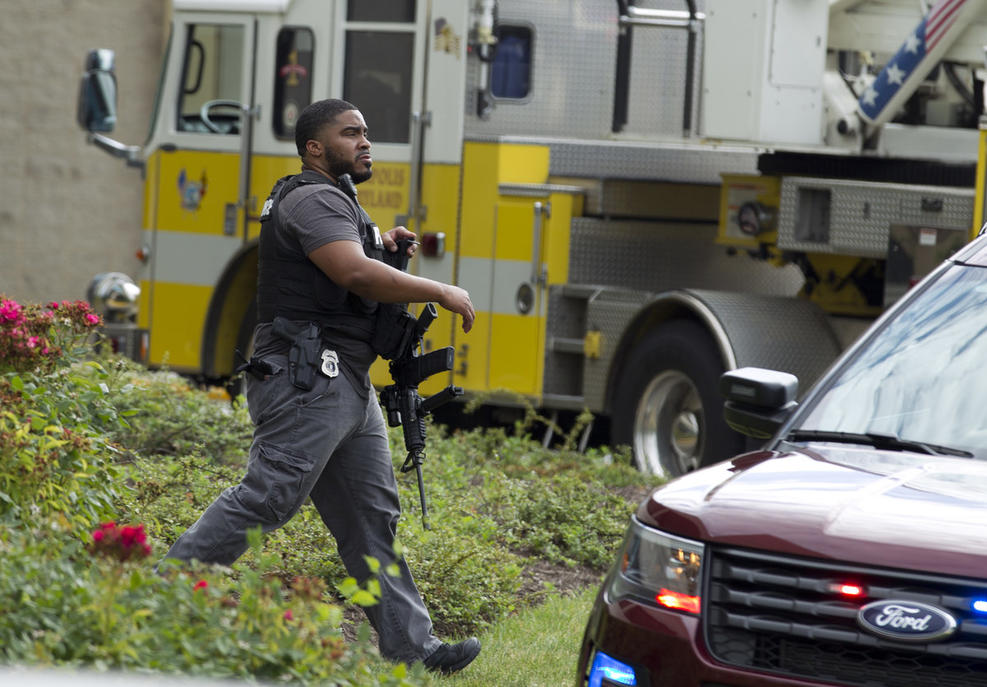 Maryland police officers patrol the area after multiple people were shot at the offices of the Capital Gazette newspaper in Annapolis, Maryland on June 28, 2018.

The shooting which came amid months of verbal and online attacks on the “fake news media” from politicians including U.S. President Donald Trump prompted New York City police to immediately tighten security at news organizations in the nation’s media capital.

At the White House, spokeswoman Lindsay Walters said- “There is no room for violence, and we stick by that. Violence is never tolerated in any form, no matter whom it is against.”

Police spokesman Lt. Ryan Frashure said officers raced to the scene, arriving in 60 seconds, and took the gunman into custody without an exchange of gunfire.

About 170 people in all were evacuated from the building as a multitude of police cars and other emergency vehicles converged on the scene. People could be seen leaving the building with their hands up.

The newspaper is part of Capital Gazette Communications, which also publishes the Maryland Gazette and CapitalGazette.com. 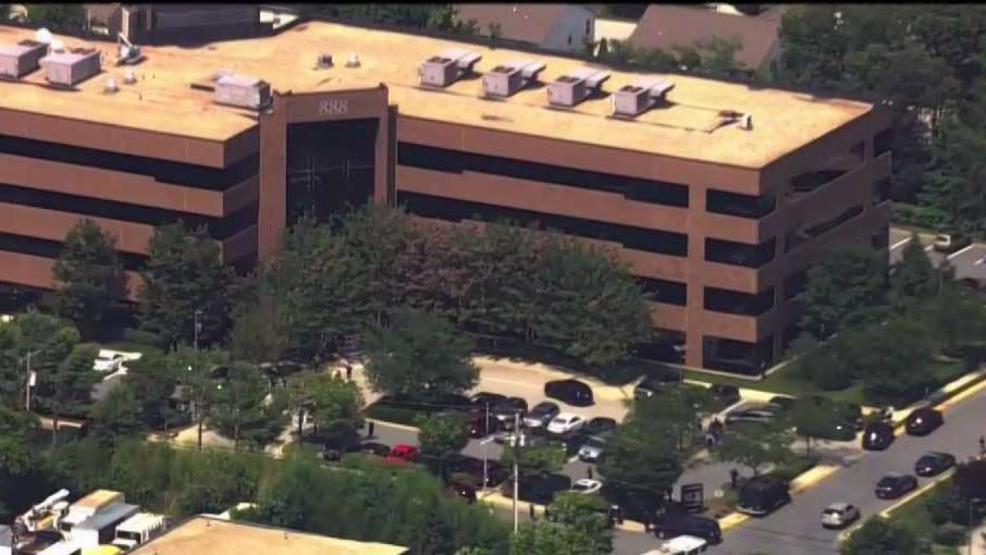 Aerial photos show first responders outside of the Capital Gazette building in Annapolis, Maryland on June 28, 2018.

In an interview with The Capital Gazette’s online site, Mr. Davis said it “was like a war zone” inside the newspaper’s offices a situation that would be “hard to describe for a while.”

“I’m a police reporter. I write about this stuff not necessarily to this extent, but shootings and death all the time,” he said. “But as much as I’m going to try to articulate how traumatizing it is to be hiding under your desk, you don’t know until you’re there and you feel helpless.” 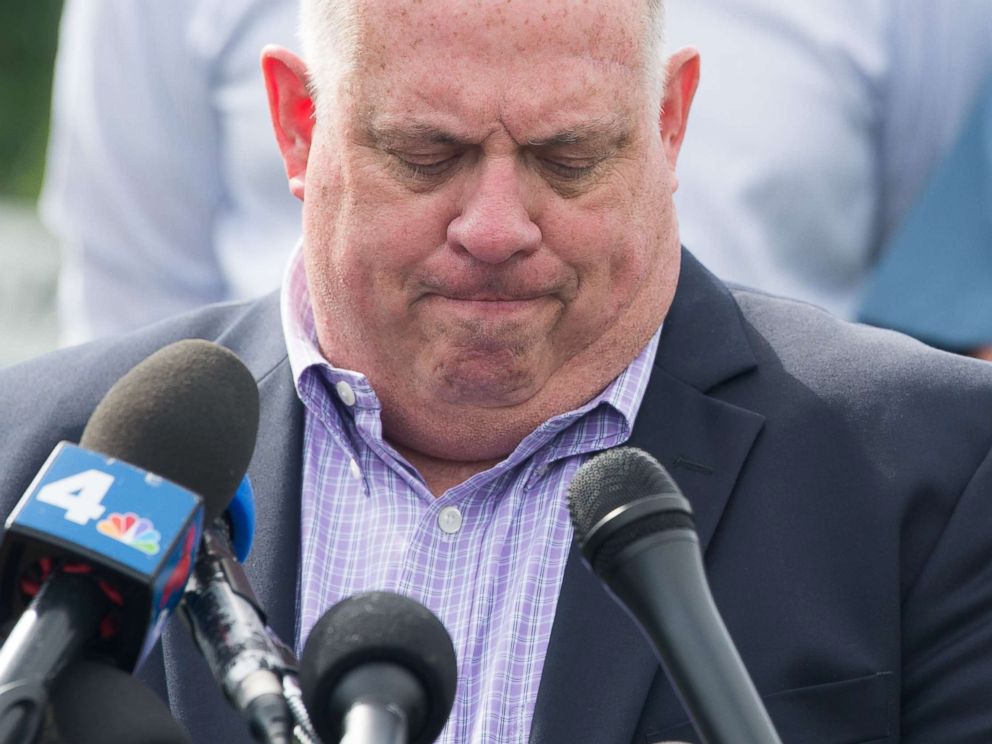 Mr. Davis said he and others were still hiding under their desks when the gunman stopped firing.

“These are the guys that come to city council meetings, have to listen to boring politicians and sit there,” Mr. Buckley said. “They don’t make a lot of money It’s just immoral that their lives should be in danger.”

New York police sent counter-terrorism teams to news organizations around the city in a move authorities said was a precaution, not prompted by any specific threat. Police could be seen outside The New York Times, ABC News and Fox News early in the evening.

Congress and the JD(S) will meet in Bengaluru on Sunday to iron out any mis...

Release of NRC draft delayed by floods
Scroll to top