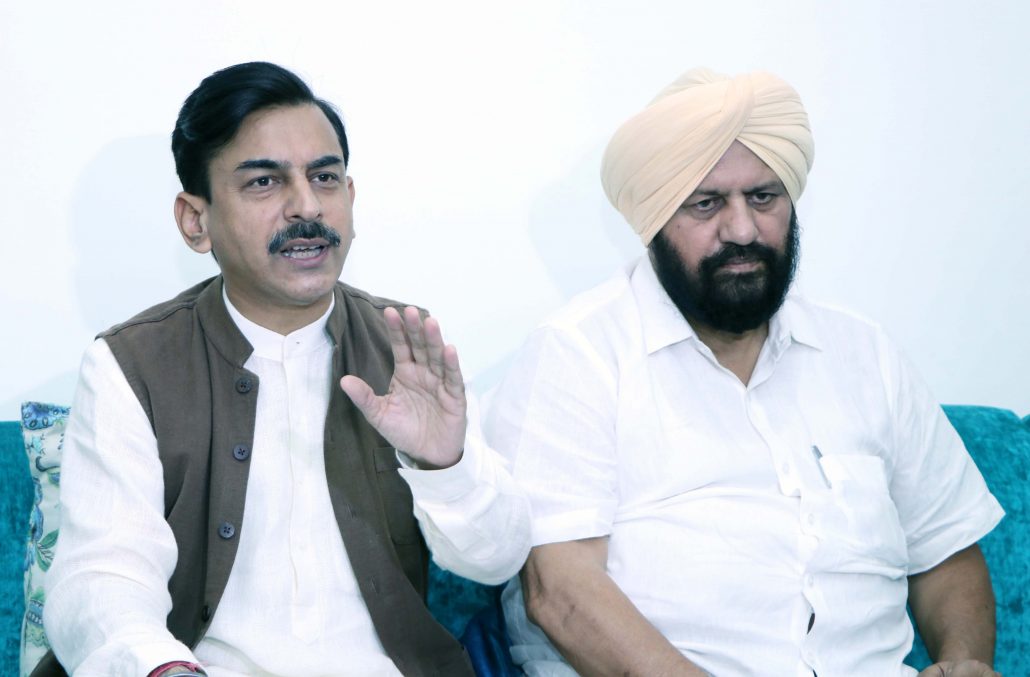 Congress uses Drug Abuse as  weapon to snatch power and now the situation is worse than before.

Coming close on the heels of International Day against Drug Abuse and Illicit Trafficking, a Jasbir Singh, a former Army man of village Kila Kavi Santokh Singh in Taran Tarn, was brutally beaten up and his legs were broken by the drug mafia on Tuesday. Subsequently, Jasbir Singh wrote a letter in his blood to Punjab Chief Minister Capt. Amarinder Singh asking him to ‘wake up’ and act against the drug menace in the state even as the Punjab BJP leaders took a strong exception to the incident and lambasted the state government for its failure to initiate effective measures to deal with the problem.

Drugs are openly being sold in Punjab, people are dying of drug overdose, doctors and medicines are not available in rehabilitation centres, smuggler are running drugs racket from jails, drug peddlers are attacking the police and Congress MLAs- Surjit Dhiman and Harminder Singh Gill – stand testimony to it and a solider is thrashed by drug mafia for raising his voice.  All this proves that Chief Minister Capt. Amarinder Singh, who had come into power after taking an oath to end the drug menace within a month of assuming office, has failed to tackle the issue of drug abuse. This was today stated by former BJP national secretary Harjit Singh Grewal and Vineet Joshi, Chairman, Joshi Foundation while addressing a press conference organized to expose the shortcomings of the government on the drug menace front just a day after the International Day against Drug Abuse and Illicit Trafficking.

The former BJP state party secretary said, “Punjab government is not serious towards ending the problem of drug abuse in the state because the state government merely organized a single function in Jalandhar to complete the formality”.

Elaborating how the drug menace is hurting Punjab, Joshi said, “Not only people are dying due to drug overdose, but addicts are committing suicides when they don’t get drugs, they have even murdered their parents. Some have even caused fatal accidents on roads while driving on a high”.

Grewal said, “Had the Capt. Amarinder Singh government serious in curbing the drug menace, drugs wouldn’t have been easily available to jail inmates and nor would have the smugglers been able to run their racket sitting behind the bars.  Such news items appear in media on a daily basis, an inquiry is ordered but it bears no results. A government doctor posted in Ludhiana jail had clearly stated that drugs are easily accessible in Ludhiana Jail and he is forced to administer them drug laced injections. The Congress government kept mum on it”.

“Newpapers have reported that drugs are being sold in Sensi Basti in Barnala, Chakki Dariya in Pathankot, Majri village in Ropar, Chauntra village in Ludhiana, Amritsar, Sri Muktsar Sahib, Jalalabad, Mandi Gubaya, Hoshiarpur etc. and have even pointed to a nexus between smugglers and the police. Government should reveal what steps it has taken”, he said.

The BJP leaders further said, “If the government doesn’t want to listen to the opposition or the media, it should at least listen to its MLAs who have accepted to this truth. Congress MLA from Patti Harminder Singh Gill had admitted in a three-minute video that drugs have reached every household in Punjab. Another Congress MLA Surjit Singh Dhiman announced in a public function that drugs are being openly sold in Punjab owing to the nexus between political leaders and government officers”.

“Capt. Amarinder Singh should at least hear to former PM Manmohan Singh who on December 24, 2017 stated in Anandpur Sahib that efforts to curb drug menace in Punjab will always fall short. The gist was that drugs are being sold in Punjab and the efforts to curb it will fall short”, said Joshi and Grewal.

“Punjab’s health minister Brahm Mohindra celebrates International Day against Drug Abuse on one hand and fails to provide ‘anti-drug’ medicines to government centres. Special drug rehabilitation centres have been opened for women but the existing centres are devoid of drugs, doctors and funds”.

Drug peddlars in Punjab have become bold enough to attack the police, leave aside nabbing them. Be it the incident from Samrala Chowk in Ludhiana, village Dulenwala in Moga or Amritsar- the government is helpless in front of the drug mafia.

“Recently a four-minute audio of two peddlers went viral on the social media which talks about ‘blessings’ of Congress leader including a Congress MLA. The chief minister should answer as to why no inquiry was initiated into the audio clipping”, asked the BJP leaders.

Joshi and Grewal demanded that the SHO of the concerned police station should be suspended if a death is reported due to drug overdose in the area. Similiary, the DSPs and the SPs should be suspended if drug related deaths are reported in around 50 percent area under their authority. “Only then the drug menace will be curbed, otherwise it would look like a mere eyewash”, they added.