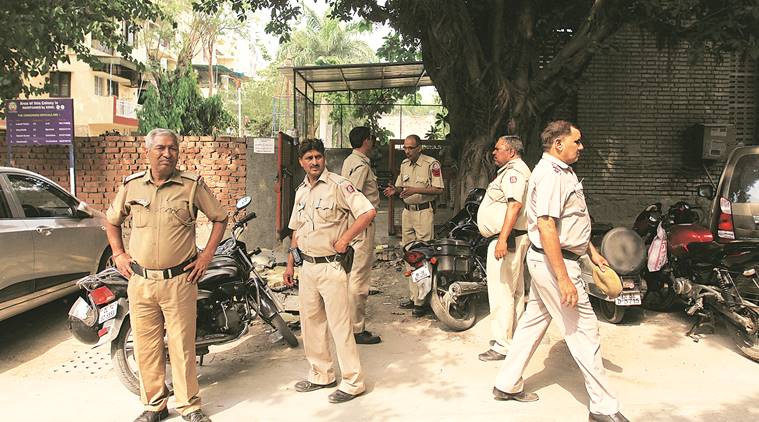 Police said some parts of the body, including the head and hands, were dumped separately in plastic bags, while the torso was kept inside the carton.

Delhi Police have arrested an engineer and his two brothers for allegedly killing his wife and chopping her body into seven parts, which they then dumped at a jungle near Okhla. Police claimed the man, a resident of Shaheen Bagh, was having an extramarital affair, and hatched a plan to eliminate his wife. Police said they got a crucial lead when they discovered a sticker of ‘Movers and Packers’ on the carton in which the body parts were stuffed.

DCP (southeast) Chinmoy Biswal confirmed that Sajid Ali Ansari alias Babloo (26), Mohammad Ishteyaque Alam Ansari (28), and Mohammad Hasmat Ali Ansari (46) were arrested on Monday in connection with the murder of Sajid’s wife Juhi, whose dismembered body was recovered on June 21. Police said some parts of the body, including the head and hands, were dumped separately in plastic bags, while the torso was kept inside the carton.

Police said the woman’s face had been “damaged”, which made it hard for them to identify her. First, we tried to establish her identity through local intelligence, but it yielded no results. The carton in which the body was kept had the name of a company. The police team located the address of this company and found that it was located in Gurgaon.

Through company records, it came to light that a consignment had been delivered to one Javed. “Javed told us that he owns a flat in Shaheen Bagh in southeast Delhi, which he had rented out to Sajid and his brother Ishtiyaque, who vacated it recently. He told police the carton was kept in his flat,” said DCP Biswal. Police then picked up Mohammad Hasmat Ali, who led them to Sajid and Ishteyaque.

According to police, during questioning, Sajid admitted that he had married Juhi, who hails from Bihar’s Chhapra, in 2014. Juhi had pursued BA Hons (Psychology) from Chhapra, while Sajid was a BTech in mechanical engineering from Kurukshetra University. The couple had two kids. In 2016, they came to Delhi, though Sajid did not have a permanent job. He had completed his engineering course, but was doing temporary jobs with help from his brothers.

“Given their poor economic condition, regular quarrels would take place between the couple. Sajid also became close to another woman from Bihar’s Champaran, and decided to get rid of Juhi,” said Biswal, adding that the accused purchased a dagger to kill her.

According to police, on the night of June 20, Sajid allegedly strangulated Juhi and called Ishtiyaque, who helped him to chop the body. Then put the body parts into plastic bags and the carton, police said. Police alleged Hasmat helped arrange a Maruti Ertiga car to help dispose of the body.

Superior not guilty if staffer ends life due to heavy workload : SC

MLA is preparing ground to switch loyalty to the Congress : Shukla
Scroll to top