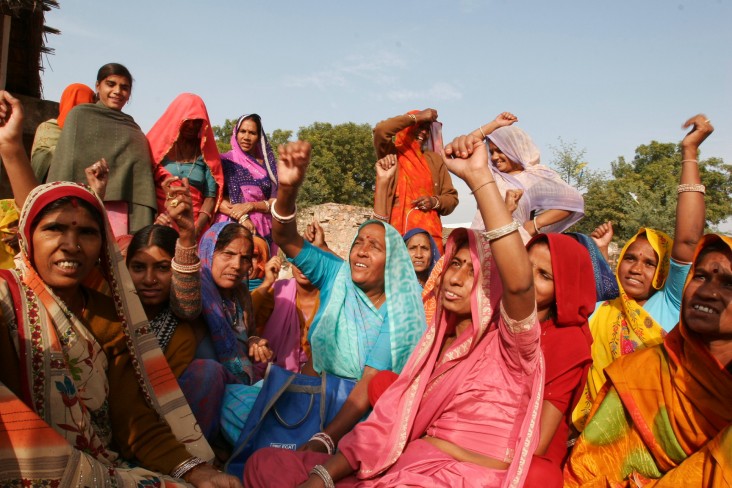 No one disagrees that every act of violence against women is a matter of great shame for all 1.2 billion Indians. But to be labelled the world’s most dangerous country for women ahead of Pakistan, Somalia, Afghanistan and Syria — according to a study by the Thomson Reuters Foundation — and all the other countries in the United Nations is a load of crock.

The unrealistic data provided by these overseas or so called International NGOs which actually work as the agent of the bigger fishes and their hagemoney.

One does not know the measures used or the size of the survey but in many other nations women cannot even breathe without permission. So let’s not get too enamoured by our affection for self-flagellation.

We have this predilection to wallow in western assessments, which is why the BBC has so often taken the mickey out of us with their cruel documentaries. Remember the one it did on the Taj hotel?

Of course we have problems: Our population and our gender prejudice are well recognised and on the front burner for resolution. A work in progress. If you go by the numbers, we’d probably be way up there as a nation fighting for women’s empowerment to make it a given and not a concession.

Millennials see no difference between men and women. We are moving rapidly into mass education where even those from disadvantaged financial backgrounds are making their mark. Girls top the mark lists and good on them. Women in India are in every field of endeavour and their collective voice gets more articulate and vociferous by the day. So be it.

Surveys like this are grossly hurtful, far too casual and slippery in their conclusions. Despite our aberrations and horror stories that hit us in the solar plexus now and then, it is a safe bet that 95 percent of Indian men respect their women, take care of their families and are good providers (as much as possible). For every issue over dowry and violence there are a thousand husbands who get up in the morning and go to work to ensure there is food on the table for their wives and daughters. A hundred thousand sons work in the Gulf to send remittances home to ailing mothers and to get sisters wedded.

Women are rising in politics, media, business, the armed forces, and farming. Our most firebrand politicians are women. Even in rural areas, the quota system is giving women an assertiveness and empowerment per se is no longer just a label but a national movement. In sports, in executive ladder, in science, in the arts, in cinema and theatre, women are on top right across the board.

There are a lot more consequences for those who engage in the unspeakable. The open house on what women can do in India and are doing and reaching for newer heights of achievement makes this dubious first rank border on the absurd. Especially when you compare the situation to their lives in restrictive societies. Of course, we are far from perfect but we are working on it and our women are held in a lot higher esteem then we give ourselves credit for because we don’t hide our flaws.

Show me a country where there is no violence. Show me a country where women are pushing upwards as powerfully as in India. One can fling a hundred statistics about the lot of women in India improving in the six parameters used in the survey: Violence, human trafficking, cultural conditions, healthcare, gender bias and sexual assault. And they would be valid. What’s the point in being defensive?

Fact is, such skewed surveys — from the West — always have ulterior motives. They detract from the efforts of millions who eschew violence. Because they are so superficial in the parameters used they actually harm efforts to move upwards and forward because they indict with a certain insouciance and arrogance and are patronising.

While we must not shut our eyes to reality and keep on fighting the good fight, we must keep in mind that the Thomson’s survey is not gospel.

AAP will contest all 230 Assembly seats in MP: Gopal Rai
Scroll to top