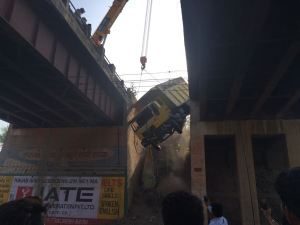 LUDHIANA: Traffic came to a standstill on National Highway-1, near Ladhowal, when a truck skidded off a road, broke the railing and stood suspended between two railway over-bridges.
The incident, which occurred early on Friday, caused a long traffic jam as rescue teams of the railway department came to lift the truck. The cranes blocked both the roads, leaving commuters hassled for over two hours. Some trains were also delayed.

It was suspected that truck driver Pargat Singh Brar, who escaped from the spot, fell asleep and lost control over the vehicle around 3am. The officials came to know about it only by 7am.

Commuters from Ludhiana to Jalandhar had to wait for hours to reach their destinations. Model Gram resident Himanshu Verma, who works at Lovely Professional University, said, “I travel daily by bus. Today when I reached near Ladhowal, I saw a huge traffic jam. After waiting for long when I got off the bus to check the matter, I came to know of the truck accident. The officials present at the spot said traffic would resume after the stuck vehicle was lifted.” 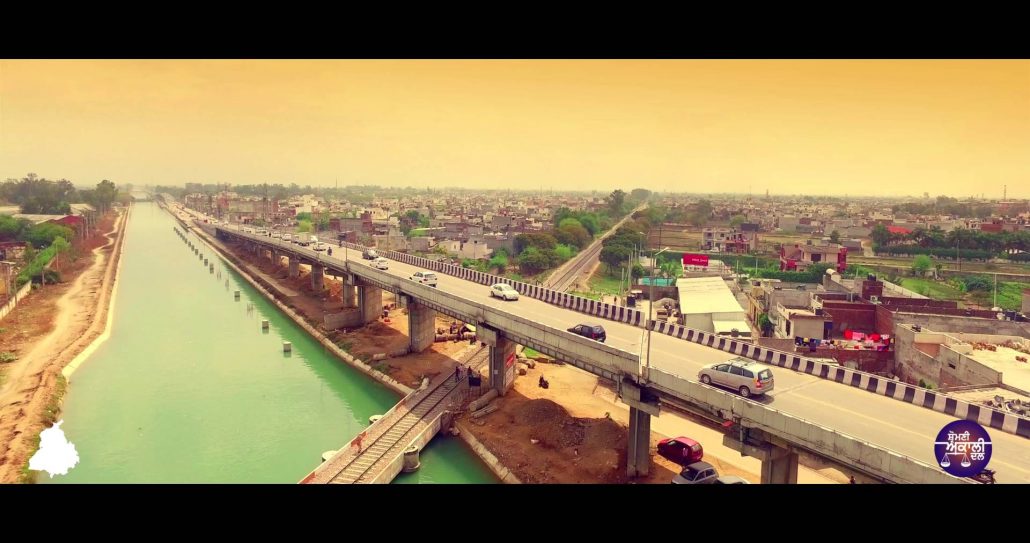 Samlara Chowk resident Abhishek Kanojia, who was traveling to Jalandhar by bus, said, “I have to reach office before 9am, but since 7.30am I am stuck in traffic. This is a national highway and such jams show apathetic attitude of the authorities. There should be at least a diversion to release congestion.”

Railway Protection Force in-charge inspector Pawan Kumar said, “On the basis of the registration number of the truck, its owner was contacted. The owner produced the driver before police and he was arrested. A case under section 154 (endangering safety of persons travelling by railway by rash or negligent act or omission) and 174 (obstructing running of train) of the Railway Act has been registered.”

LIC wants to buy an additional 43% stake in IDBI Bank

Barala to complete the process of formation of frontal organizations advised...
Scroll to top