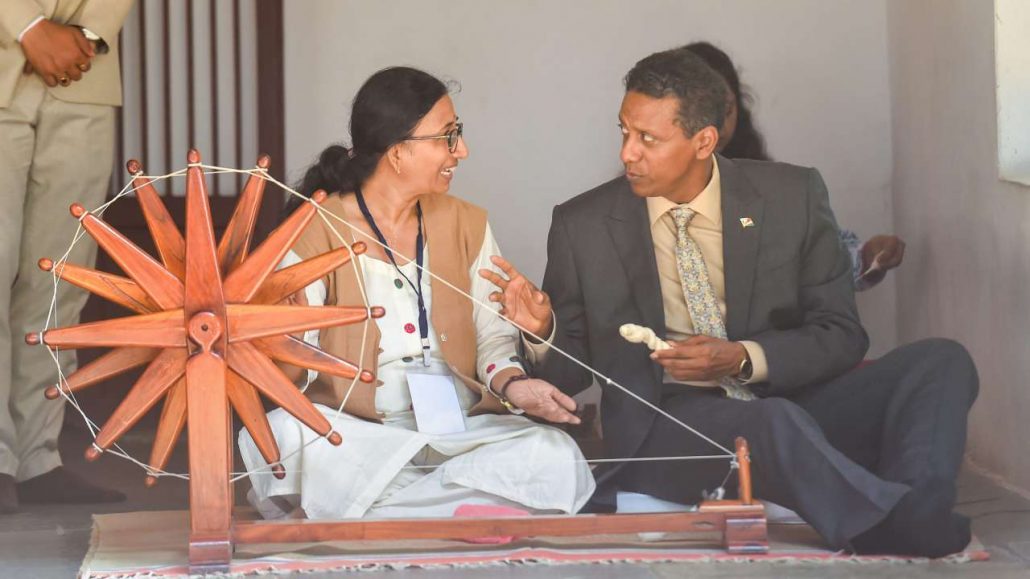 On the second day of his six-day tour to India, Seychelles President Danny Faure paid a visit to Sabarmati Ashram in Ahmedabad and recorded his message in the visitor’s book that underlined the tenets of Gandhian ideals. “The principle of non-violence is what we need to teach the children of our world, and what was expressed by Gandhi many years ago remains relevant today,” he wrote.

At the end of his note in the visitor’s book, President Faure underlined the futility of revenge, called for non-violence and signed off with a quote commonly attributed to Mahatma Gandhi: “An eye for an eye will make the world blind”.

The Seychelles President is scheduled to hold bilateral talks with Prime Minister Narendra Modi on diverse areas of cooperation, with geopolitical issues being the primary focus.

Faure’s visit is being perceived as significant in the light of Seychelles Parliament recently blocking a joint defence project that involved both the Indian Ocean region countries cooperating to jointly develop infrastructure for a naval base on Seychelles’ Assumption Islands. 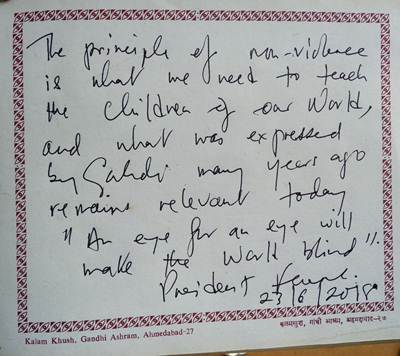 At a press conference on June 4, Faure had stated that Seychelles will develop military facilities at Assumption Island on its own and that the project with India ‘will not move forward’. He also said that the issue would not be discussed with the Indian leadership during his visit to New Delhi.

India has been eager about facilitating a deal with the African nation so as to augment its strategic hold in the Indian Ocean region as it faces tough competition from China which has been expanding its military presence across the ocean.

Back in 2015, India and Seychelles had signed an agreement on the Assumption Island project during PM Modi’s visit to the country. Earlier this year, an updated version of the original deal was finalised by the two countries.

Dr SP Singh Oberoi has saved 15 Indians, including 14 Punjabis, from the gallows...

Khattar for new city near Gurugram in 50,000 Hectare
Scroll to top