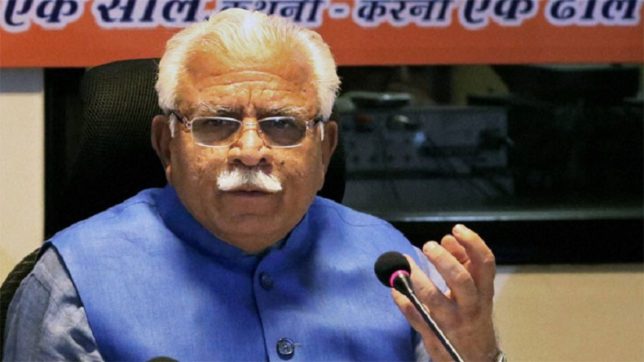 To leverage the potential of the region, the Haryana government plans to develop a new city next to Gurgaon in the National Capital Region. The new city, which is expected to be larger than Chandigarh, will also be planned and developed in a public-private partnership (PPP) model.

The Haryana State Industrial and Infrastructure Development Corporation (HSIIDC) has been asked to finalise a consultant to prepare the master plan for this new city, for which the report is expected in six months. Narhari Banger, additional managing director, HSIIDC, who is also the nodal officer for the bids, said, “It is going to be a world-class city, which will have all sorts of facilities including education and health. We will not acquire a single-inch of land for this. The city will come up in PPP mode. The other aspects of developing the city in a planned manner will be prepared by the consultant in the detailed master plan.”

The new city is likely to be spread across at least 50,000 hectares, which is larger than Chandigarh (11,400 hectares) but smaller than Gurgaon (73,200 hectares). The proposed city is located south of New Delhi and will share boundaries with the Gurgaon-Manesar urban area to the North and the Aravalli hills to the North-East. Sources said that NH-8 will define the western boundary of the city while the eastern and the southern sides will adjoin agricultural land. 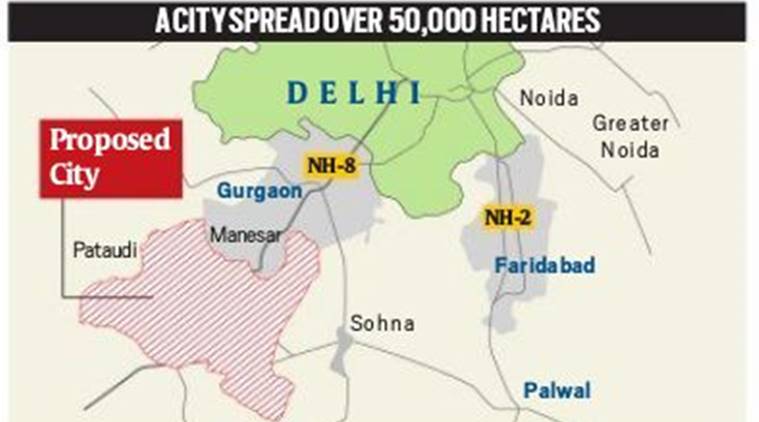 Officials said the proposed city will be well connected to neighbouring urban centres through national and state highways, the Kundli-Manesar-Palwal (KMP) Expressway and other major districts roads. The Managing Director of HSIIDC has been tasked with carrying out the process to select an appropriate consultant and prepare the master plan for the proposed new city. Sources said HSIIDC has initiated the procedure of selecting the consultant and that bids have been invited till July 3.

Besides preparing the master plan, the consultant is required to prepare the zoning regulations for the proposed city including various development control regulations, height restrictions, ground coverage, setback regulations and global land use based Floor-Area-Ratio.

Sources said that the consultant for the project will also be required to propose alternative approaches to land-use change based on four major criteria – social acceptability, economic viability, environmental sustainability, and financial feasibility.

The consultant is also expected to suggest the road network plan, metro rail plan, required rail and road linkages and public transportation for the proposed city and assess the proposed social, economic and physical infrastructure.
The Opposition in Haryana has already raised questions about the proposed new city. “It is not even the mandate of the HSIIDC to invite bids for developing a new city. It is the job of the Town and Country Planning Department and Haryana Urban Development Authority. Why has the incumbent government thought of this new city with barely a few months of their tenure left. It appears that it is being done to oblige some of their favourites by appointing them as consultants for this coveted project”, said RS Chaudhary, INLD’s National General Secretary.

We are not averse to forming a coalition government with the CPM in the state:...
Scroll to top