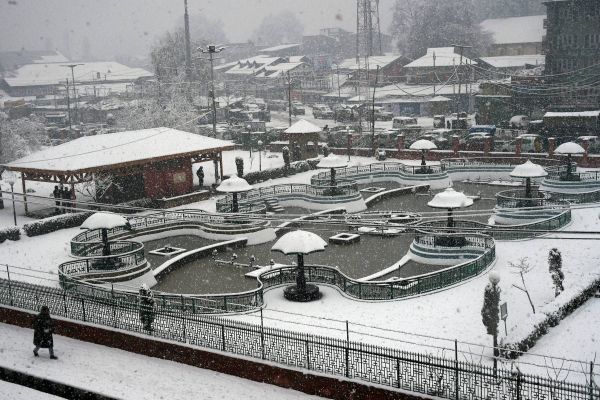 In a departure from the norm of appointing people with military, civil service backgrounds to the post, the Centre seeks a ‘political person’ to replace Vohra, insiders say

The Centre favours a “political person” to become the next governor of Jammu and Kashmir, in a departure from the traditional practice of appointing people with military, police or civil service backgrounds to the post, people familiar with the matter said.

The tenure of current governor, NN Vohra, a former civil servant, ends on June 27 and he is expected to continue in the post at least until the completion of the annual Amarnath Yatra between June 28 and August 26. If a change takes place after that, a ‘political person’ will be New Delhi’s first choice as replacement to Vohra, the people cited above said.

The state was placed under Governor’s rule on Wednesday after the Bharatiya Janata Party (BJP) walked out of its nearly 40 month old alliance with the Mehbooba Mufti-led People’s Democratic Party (PDP).

People with knowledge of the matter suggest that New Delhi is averse to sending a ‘wrong message’ – both at home and abroad – by choosing a ‘military man’ as the next governor of the conflict-torn province.

Vohra, an 82-year-old former Indian Administrative Service officer of the Punjab cadre, was the first person from a non-rmy and non-Indian Police Service background inthe last 18 years to be appointed J&K governor. He was named to the post in 2008. Former IAS officer Jagmohan was the last civilian governor, before Vohra, to have served in J&K, in the late 1980s and again briefly in 1990..

Speculations are for Ram Madhav 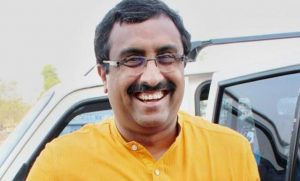 In case the Centre does not find a suitable political person to be the next governor of J&K, the person said, it may fill the post with another ‘administrator.’ “The search is on,” the person quoted above said.

New Delhi favouring a “political person” could spoil the chances of retired military and intelligence officers who were speculated to be in the running for the governor’s post in J&K.

Kashmir analyst Noor Ahmad Baba said the logic behind preferring a political person for the post of governor seems positive, but it is equally important to see who the person is.

“If a person who shares an ideology of the present regime in New Delhi is picked, it may make the matters worse,” said Baba, former dean of the School of Social Sciences at the Central University of Kashmir.

Between Jagmohan and Vohra, J&K had three governors. Jagmohan’s successor Girish Chandra Saxena was a former IPS officer who headed India’s external intelligence agency, the Research & Analysis Wing, between 1983 and 1986.

Gen KV Krishna Rao, who took over from Saxena as J&K governor in March 1993, was a former chief of Army staff.

Saxena had a second stint as governor between 1998 and 2003, before Lt Gen (retd) Srinivas Kumar Sinha, a former director of military intelligence and vice chief of army staff, moved in. Sinha completed a full five-year term before handing over the baton to Vohra in 2008.