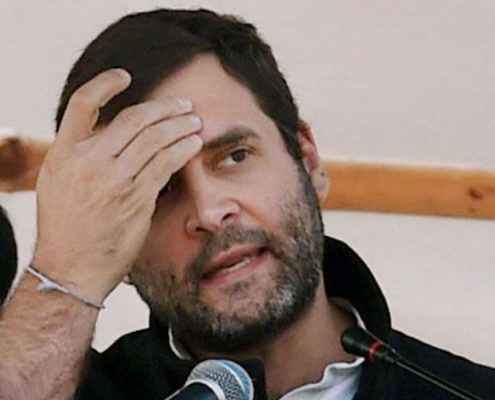 The Maharashtra State Commission for Protection of Child Rights (MSPCR) has issued a notice to Congress president Rahul Gandhi for uploading a video on his Twitter handle that showed two minors being stripped and assaulted in Wakadi village in Jalgaon.

The Commission has given Gandhi 10 days to respond to the notice demanding why the faces of both children were revealed.

The notice was issued following a complaint on June 19 by Chira Bazar resident Amol Jadhav who objected to Gandhi’s video that revealed identity of both minors.

The Commission observed that under section 74 of the Juvenile Justice (Care and Protection) Act, 2015, no report, inquiry or judicial investigation should reveal the name or address of the minor. It further observed that under Section 23 of the Protection of Children from Sexual Offences (POCSO) Act, 2012, no report or person shall disclose the identity of a minor victim.

“He uploaded a video that infringed on the right to privacy of children. The video went viral,” said Pravin Gughe, chairperson of the Commission.

In the video posted by Gandhi on June 15, two children were seen being stripped and beaten first by a belt and later with a wooden stick by a villager. The children were asked to kneel as the villager, owner of a well where they had gone to take a bath, got a stick to beat them.

Gandhi wrote that Dalit children were assaulted for taking a bath in a well. He added that RSS and BJP has been “instigating hatred for political gains” and voice should be raised against them.

Following the incident, Jalgaon police registered a case under various sections of the POCSO Act and arrested two villagers, including the owner of the well. The minors who were assaulted have been counselled by the Child Welfare Committee (CWC). The children, in their account to the CWC officer, narrated that they were paraded naked in the village. A video was taken by the accused as he made them walk in the village.

According to an official from CWC, the Commission chairperson visited their village to meet the minors’ families. “They have been provided psycho-social support. If there is a need, we may shift them temporarily to a shelter home,” the official said.

“We have assured full support to the family of both minors. Protection will be provided to the minors in case they feel threatened. Police investigation in the case is ongoing,” Gughe added.