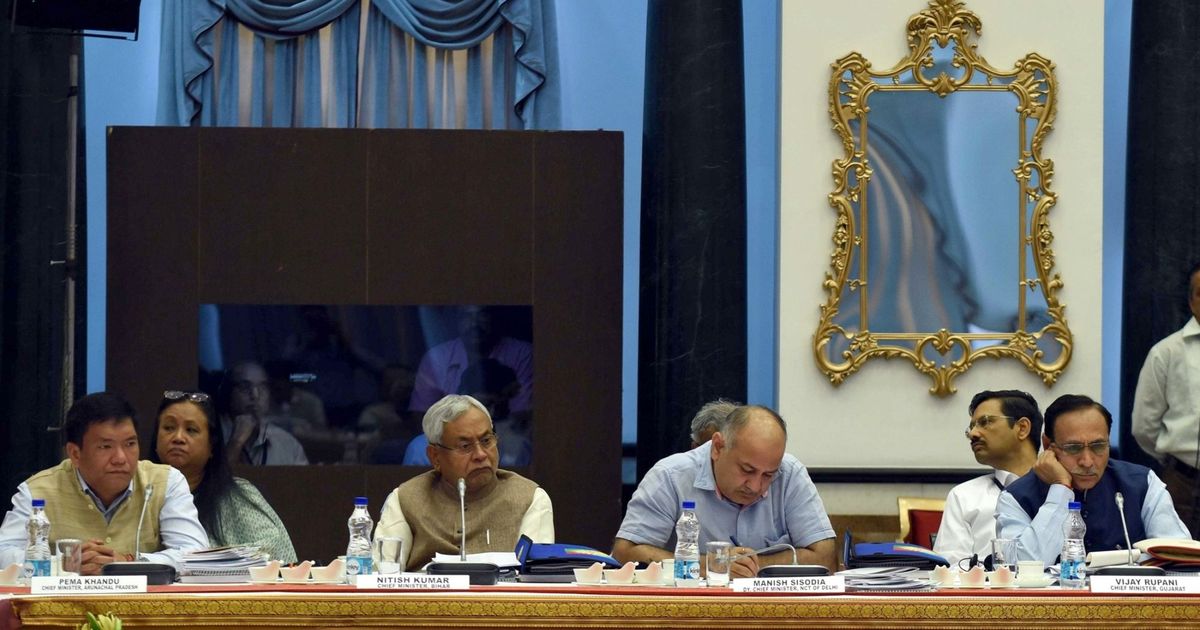 Niti Aayog CEO Amitabh Kant responded to Delhi chief minister’s Twitter post questioning who had given Lieutenant Governor Anil Baijal the power to replace the CM at the council meeting.

Delhi Chief Minister Arvind Kejriwal today said he has not “authorised” LG Anil Baijal to attend the NITI Aayog meeting in his place after a report claimed the presence of the Constitutional head at the meeting.

“Under which provision of the Constitution does LG have powers to replace the Chief Minister? I have not authorised him to go in my place,” Kejriwal tweeted.

Kejriwal was responding to a Twitter user’s claim that LG Baijal “chose” to represent Delhi at the Niti Aayog meeting and had reached the meeting venue.

Responding to the report, Kant said, “This is totally incorrect. Lt. Governor of Delhi is not present at the Fourth Meeting of the Govening Council of NITI Aayog.” Kejriwal accompanied by his deputy Manish Sisodia and ministers

Satyendar Jain and Gopal Rai is staging a dharna at Baijal’s office for the last one week, demanding that IAS officers end their “strike” and approve doorstep ration delivery scheme of his government.

Kejriwal and his Cabinet colleagues are sitting at the office of Lt Governor Anil Baijal demanding his direction to the IAS officers to end their “strike” and approve doorstep ration delivery scheme, since last Monday.

Prime Minister Narendra Modi chaired the fourth meeting of the Governing Council of NITI Aayog at Rashtrapati Bhawan which is underway right now.

The Council is likely to discuss important issues such as measures taken to double farmers’ income; progress of flagship schemes such as Ayushman Bharat, National Nutrition Mission, and Mission Indradhanush; development of aspirational districts and celebration of the 150th birth anniversary of Mahatma Gandhi.

The Governing Council will also review the work done during the previous year and deliberates upon the future developmental priorities.

The day-long meeting will be attended by Union Ministers, Chief Ministers from the States, Lieutenant Governors of Union Territories and senior officials from the Government of India.

The Governing Council of NITI Aayog is the premier body tasked with evolving a shared vision of national development priorities, sectors, and strategies with the active involvement of States in shaping the development narrative.

The bureaucrats in Delhi are not meeting Delhi ministers as part of their protest against an alleged assault on Chief Secretary Anshu Prakash in February.

They are demanding an apology from Kejriwal for the incident.