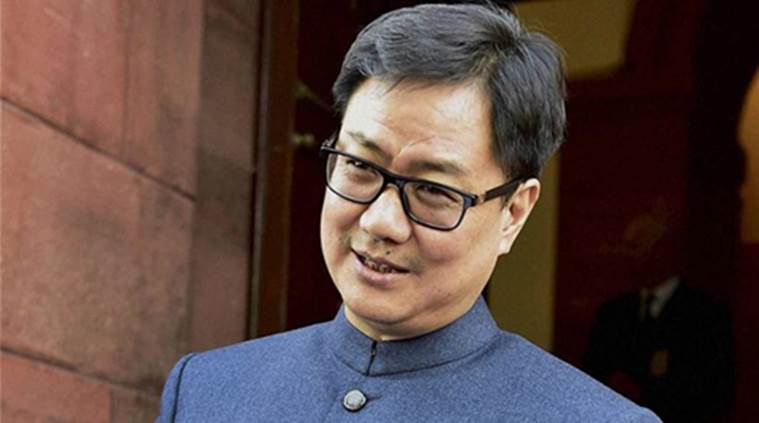 British man accused of killing RSS leaders in Punjab have to face law: India to UK

A British man, accused of conspiring targeted killings of RSS leaders in Punjab, will have to face law in India, Union minister Kiren Rijiju is believed to have told his UK counterpart Baroness Williams.

During an hour-long meeting at New Delhi on Tuesday, Rijiju is said to have conveyed to Williams that Jagtar Singh Johal is suspected to be one of the conspirators in carrying out targeted killings of seven RSS, Shiv Sena and Dera Sacha Sauda leaders between January 2016 and October 2017, an official said on Wednesday. The visiting minister has been told that Johal will have to face law in India for his alleged role in the crime in Punjab, the official said.

The National Investigation Agency, in a charge sheet filed in a court in Punjab’s Mohali on May 4, had claimed that Johal was involved in the funding of the conspiracy to kill Rashtriya Swayamsewak Sangh (RSS) leader Ravinder Gosain in Ludhiana last October. Johal is currently in a jail in Punjab and other cases against him are under various stages. Rijiju told Williams that regular consular access is being provided to diplomats of the British High Commission to meet Johal and so far 11 consular visits have been facilitated.

All legal avenues are available for Johal and his lawyers to pursue his case through India’s independent judicial system, the Union minister of state for home told his British counterpart. India has been maintaining that Johal, a citizen of the UK, has become a rallying point for Sikh groups in Britain. There was also a debate in the UK Parliament on Johal’s issue and providing the consular access to him. Since Johal’s arrest, a false, slanderous and orchestrated media campaign has been initiated by militants and their sympathisers as well as radical elements based in Britain and other Western countries against the Punjab government and the Punjab Police, another official said.

There were instances when Punjab Police officers received death threats targeted at them and their family members from such elements over phone, WhatsApp and various social media platforms, the official said. During his meeting with his UK counterpart recently, NSA Ajit Doval had even suggested that one can approach the National Human Rights Commission, which is an independent body with investigative and judicial powers, to look into allegations of mistreatment.

Johal had claimed that police threatened to shoot him and set him alight with petrol, according to the British media reports.

Bajwa Visted Kabul to Check the Rise of ISIS