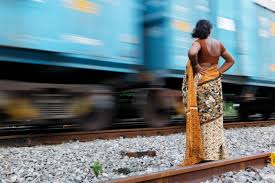 Picture for reference only

“It is a human rights violation to force trans people to undergo medical tests to verify their gender,” 25-year-old Arundhati said on Friday, four days after she was subjected to apsy chological test to determine if she was a trans woman, as she claimed, on the orders of the Kerala High Court. A trans woman is one who is assigned male at birth but identifies as female.

Expressing the hope that she is the last trans person forced to undergo medical tests to verify gender identity, the resident of Ernakulam district in Kerala added, “I wish the courts would not resort to the practice again.”

The High Court’s order on Monday was in response to a habeas corpus petition filed by Arundhati’s mother on May 25. In her petition, the mother stated that her “son” suffered from a “mood disorder” and that he was being held against his will by the transgender community since the second week of May.

A habeas corpus petition empowers a court to order that a person reported to be illegally detained be presented before it. The court then determines the veracity of the petition and sets the person free according to the law.

The petition followed Arundhathi’s statement to the judicial first class magistrate in Aluva on May 19 that she was a woman and not a man and that she did not wish to live with her parents. She also told the magistrate that she was not being kept against her will by the transgender community.

On Monday, Arundhati was taken to the Kusumagiri Mental Health Centre in Kakkanad, Ernakulam. Doctors at the centre examined her for two days and informed the High Court on Thursday that she had no psychological disorder and that she had chosen her gender by her own will. Following this, the court on Friday declared her mentally stable and said she was free to live as she pleased.

‘I cried the whole day’

Despite the court ruling in her favour, Arundhati says its decision to order a medical examination left her feeling humiliated and ignored.

“I felt humiliated. I cried the whole day,” she said. “I had declared my gender earlier. But the court was not convinced. It took my mother’s petition seriously and ignored my statement that I was a trans woman.”

In its order, the Supreme Court had said, “Gender identity, therefore, refers to an individual’s self-identification as a man, woman, transgender or other identified category.”

The court-ordered medical tests were not the first time Arundhati received phychological treatment. She says her parents admitted her at the Stella Maris Hospital in Ernakulam last year against her will. “I was tortured at the hospital,” she said. “I was denied access to go out. I was confined to a room for two months. My phone was confiscated. The doctors cut my hair. They gave me a lot of medicines.”

She said her mother had mentioned the treatment in her petition.

According to her lawyer Maya Krishnan, it is common practice to brand members of the transgender community as psychologically unstable. “It has been going [on] for quite some time,” she said, adding that she hoped Friday’s verdict would encourage more trans people to come out and assert their gender identity.

Arundhati also spoke of how she had hoped her mother would support her. She said she had wanted to come out as a trans woman seven years ago but had held back, fearing a backlash from the family. However, she had confided in her mother way back then.

“I discussed my gender preference with mother seven years ago,” she said. “I told her of my intention to go for sex rearrangement surgery when I grew up. She listened [to] it all. I thought she would help me and [stand] by me when I decided to come out.”

All set to start a new life without her parents, Arundhati says her top priority now is to complete her graduation. She has also thought of a career for herself. “Being good at singing and dancing, I think I can make money from stage shows,” she said.

Arundhati said she had studied music for 12 years and Bharatanatyam for five. She has also been giving performances across the state since 2014.

But her dreams do not end just there. “I don’t want to limit myself to stage shows,” she said. “My ultimate aim is to become a renowned playback singer.”