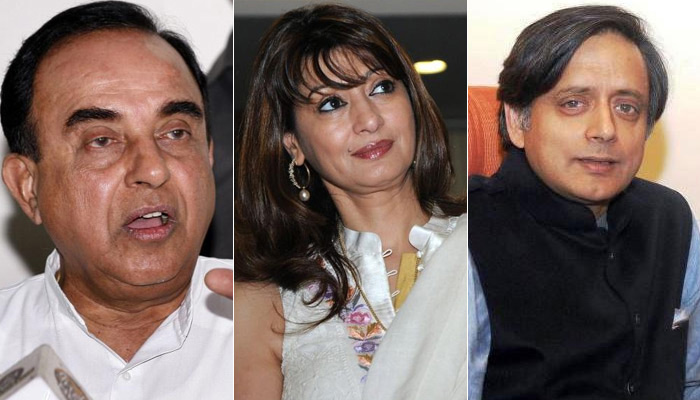 Hours after a Delhi court summoned Congress leader Shashi Tharoor on July 7 as an accused in the case regarding Sunanda Pushkar’s death, the Lok Sabha MP on Tuesday said truth would prevail and he would contest the charges vigorously. Calling the chargesheet preposterous, Tharoor reiterated that it was the product of a malicious and vindictive campaign against him.

The Delhi Police has charged Tharoor with abetting the suicide of his wife Sunanda Pushkar, who was found dead in a Delhi hotel in January 2014.

“I would like to reiterate my position that I find the charges preposterous and baseless, the product of a malicious and vindictive campaign against myself. I will continue to vigorously contest these charges and maintain my steadfast conviction that ultimately the truth will prevail through the judicial system that we are privileged to have in our country,” the Lok Sabha MP from Thiruvananthapuram said in a statement.

On Tuesday, Additional Chief Metropolitan Magistrate Samar Vishal took cognisance of the offences of alleged abetment of suicide and committing cruelty that have been levelled against Tharoor.

Tharoor said that since the matter was under judicial consideration he would not comment on it, and requested the media to respect his own and his family’s privacy. The Congress leader also maintained that he had cooperated with investigation officials throughout, and said the legal process should be followed in all aspects of the case.

Earlier in the day, Tharoor’s counsel Vikas Pahwa told ANI that he would take recourse to all legal remedies available to prove the MP’s innocence.

“Since the Magistrate summoned Shashi Tharoor for July 7, we shall be asking for a copy of the charge sheet, after going through it, we’ll decide our further course of action. He will take all legal remedies available to him in law,” Pahwa said.

“Since no offences are made out and the prosecution case is absurd & preposterous and is contrary to various judgments of SC, we shall take appropriate steps to deal with the charge sheet,” he added.