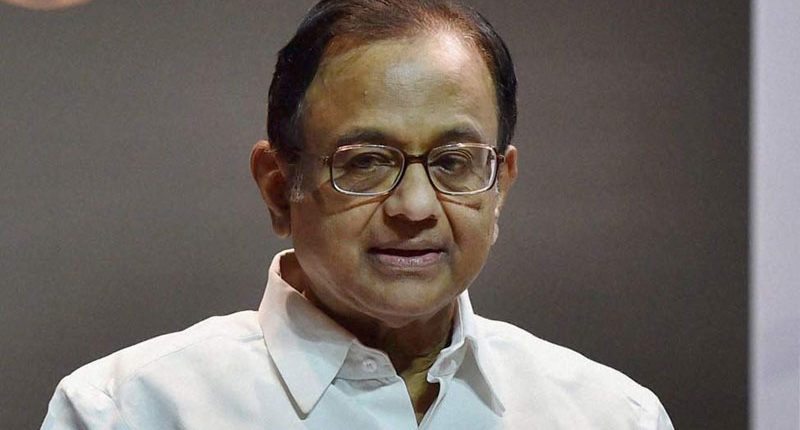 Former union minister P Chidambaram was on Tuesday questioned in the Aircel-Maxis case for the first time by the Enforcement Directorate (ED), a department which was under him during his tenure in the finance ministry.

The senior Congress leader, who was considered one of the most powerful ministers in the previous UPA government, was questioned for over six hours.

The agency recorded his statement under the PMLA (Prevention of Money Laundering Act) with some specific queries on the circumstances and procedures adopted by the now-defunct Foreign Investment Promotion Board (FIPB) while giving approval to the Aircel-Maxis deal during his tenure. The ED has already questioned Karti, Chidambaram’s son, twice.

Soon after leaving the ED office, Chidambaram tweeted to say that all the answers he gave were already recorded in government documents. He also said that there is no FIR, yet a probe had been initiated.

“More than half the time taken up by typing the answers without errors, reading the statement and signing it!” he said in his tweet.

Chidambaram arrived at the agency’s headquarters annexe office here at 10:58am accompanied by a lawyer even as a strong contingent of police and CRPF personnel set up a security cordon at the office. He was allowed by the agency to go out for lunch at 1:30pm after over two hours of questioning, officials said. The next round of questioning began at 3:30pm and ended at 7pm.

It is expected that the agency may call him again.

The ED had issued a fresh summons to him on Monday to appear before the investigating officer of the case.

Chidambaram, also a former home minister, had last week approached the court of special judge OP Saini seeking relief from arrest by the ED. The same court on Tuesday directed the ED not to take any coercive action or arrest him till July 10 in connection with the case.

The ED had first asked him to appear before it on May 30 and on the same day, Chidambaram knocked at the court’s door.

The court, in its order on May 30, had noted that Chidambaram has undertaken to comply with the summons issued by the ED, while saying he apprehended his arrest by the agency.

The Aircel-Maxis cases pertains to grant of Foreign Investment Promotion Board clearance to firm M/S Global Communication Holding Services Ltd in 2006 for investment in Aircel.