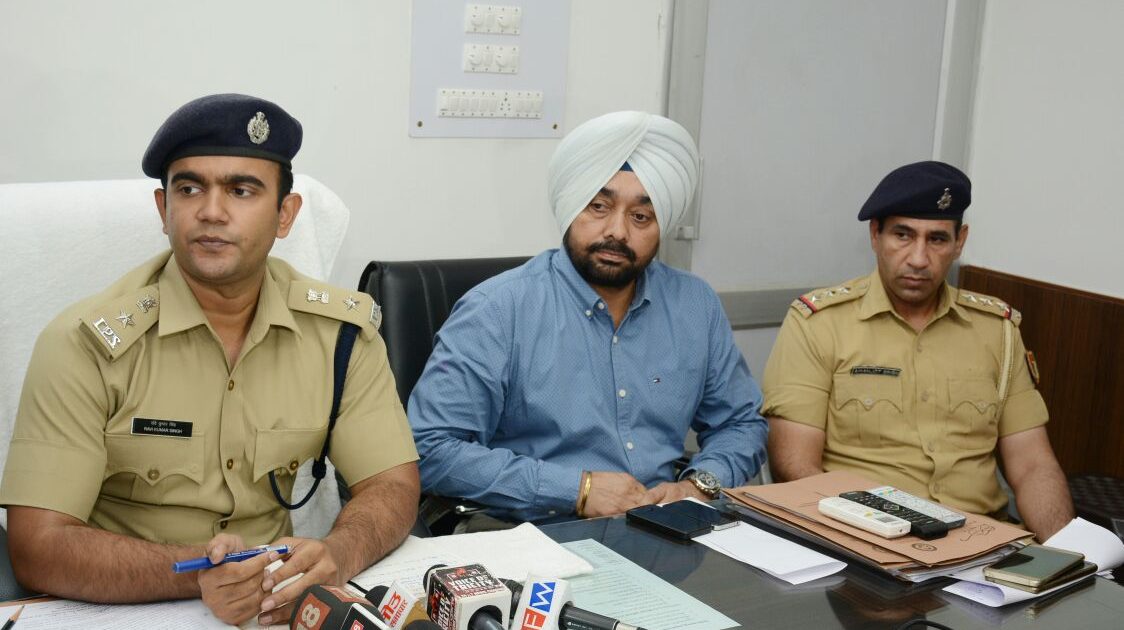 In a major breakthrough the Crime Branch of Chandigarh Police under the supervision of Inspector Amanjot Singh is able to arrest the most infamous persons involved in recent snatchings and auto lifting from Chandigarh.

Ajay @ Modi is previously involved in more than 40 cases of dacoity, robbery, snatching and vehicle lifting and Crime Branch of Chandigarh police was constantly keeping surveillance on him.

On the basis of interrogation of accused Ajay @ Modi two more persons who were juvenile were apprehended on 31.5.2018 and from them two stolen motor cycles were recovered from both of them.

Further one more accused namely Amit @ Abdul was arrested on 3.6.2018 and from him one mobile phone was recovered. Amit @ Abdul has a tainted past and was previously in murder and robbery cases and presently on bail.

The interrogation of accused Ajay @ Modi revealed that he committed approximately 15 snatchings in the area of Mohali, Barmajra and Mullanpur, out of these snatching 7 mobile phones were recovered which were taken into possession under section 102 Cr.P.C.

From these four persons total 13 cases were worked out. Out of which 2 are of snatching, 1 of theft and 10 are of vehicle theft.

Process to admission to Class XI launched
Scroll to top