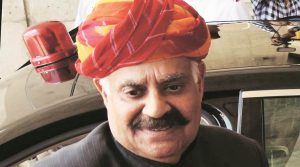 Union territory Administrator V P Singh Badnore on Tuesday approved the amalgamation of two adjoining residential sites in the city, but with certain riders. A senior official of the UT Administration confirmed the approval has been given, but with some conditions such as the ownership of both the sites must be same. “Also, the development control norms will be of the larger plot. The development will be such that the overall architectural controls are maintained like that of the two plots,” said the official.

The merger of plots will not be allowed in the Chandigarh housing board properties and residential societies.
The officer added that a notification in this regard will be issued within this week.

Baljinder Singh Bittu, Chairman of Federation of Sectors Welfare Association of Chandigarh, said that it was a big relief. “It is a good move for the residents and will help them a lot. Sometimes, if a person wants to open an additional door, he can’t do so because of the restrictions. I am thankful that administration has given a go ahead for this,” he said.

As of now, the amalgamation of two or more adjoining sites with the same ownership is allowed in the case of commercial and industrial properties, subject to the condition that the revised plans are approved by a competent authority.

The administration has also allowed amalgamation of the floors of commercial properties and semi-industrial plots as a temporary arrangement, even if the owners of the adjoining plots are different, but that is on the condition that both buildings should be rented to one party.

There were several representations from the city residents who wanted that the merger of two adjoining plots be allowed.

“Gaon Bandh” a call from Haryana