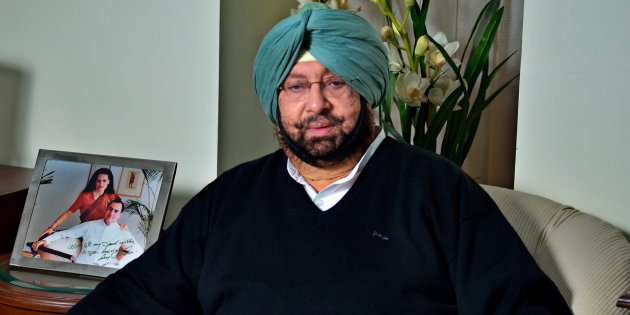 In yet another case of lax security inside Faridkot’s Modern Jail, an inmate went live on Facebook for about three minutes and made objectionable remarks against Punjab Chief Minister Captain Amarinder Singh, DGP Suresh Arora and Jail Minister Sukhjinder Singh Randhawa. The inmate, Gobind Singh, who has been lodged at Faridkot jail since April, also threatened the CM, saying his countdown had begun and Akal Purakh (God) had assigned him this duty.

In the video, Govind, who hails from village Mari Bhaini, Faridkot, also charged Amarinder Singh for making a false pledge in a Bathinda rally to end the drug menace in Punjab before the Vidhan Sabha elections. “You (CM) should go to the Golden Temple and apologise for taking a false pledge. Drugs are rampant in Punjab. They are readily available everywhere and my brothers and sisters are falling prey to drugs,” Govind says in the video.

The inmate further said he had to send out the message through Facebook as he didn’t have the phone numbers of the CM or DGP. “Otherwise, I would have called them directly,” he says. Govind then goes on to rant about the lack of facilities and water scarcity in the jail. “Baba Farid society of Faridkot must provide water supply for inmates if they see this video,” Govind says.

Stating that the gurudwara in the jail premises had limited arrangements, Govind asked Amarinder to visit the place himself to take a stock of the condition. “There needs to be a bed for Guru Granth Sahib and flooring needs to be done. A langar should also be organised inside the jail,” he asserts.

Taking cognizance of the video, Faridkot police lodged an FIR against Gobind and another inmate Kuldeep Singh who recorded the remarks. Faridkot SSP Dr Nanak Singh said police was inquiring as to how internet facility was available inside the jail along with the mobile phone. Gobind has three cases against him, including a murder and another of attempt to murder, while Kuldeep Singh has an NDPS case against him. Both have been booked under 42 and 52A of Prison Act, confirmed SSP Faridkot.

In the past 6 months, over 50 mobiles have been seized from Faridkot jail. In November 2017, gangster-turned-social activist Lakha Sidhana had also gone live on Facebook from jail and asked farmers not to burn paddy stubble. In April this year, five pictures of Bhola “Shooter” celebrating his birthday inside the jail were posted on Facebook.

Four students top with score of 499