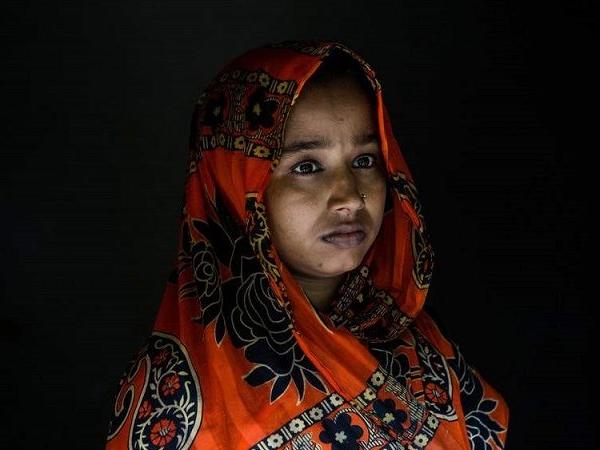 Bina Bala, 22, who survived the attack by Rohingyas in Myanmar/ Courtesy:

New Delhi: At a time when there is a dormant, underlying ongoing debate on the deportation of Rohingyas from the country, it has come to light that armed Rohingya groups massacred up to 99 Hindu women, men and children in the Rakhine state as recently as August 2017. A report by Amnesty International released on Tuesday has thrown light on the brutality with which the Rohingyas targetted and killed Hindu groups in the Rakhine state in Myanmar.

According to the report, Kor Mor La, 25, one of the survivors told Amnesty, “The people who shot us were dressed in black. … I couldn’t see their faces, only their eyes. … They had long guns and swords. My husband was shot next to me. I was shot [in the chest]. After that, I was barely conscious.”

“[It was morning], I was praying at the time,” 22-year-old Bina Bala, one of eight women taken to Bangladesh by ARSA fighters told Amnesty. “They came to our house. Some were wearing black and others were wearing normal clothes … I recognized them [from the village].” According to her statement, the men confiscated their mobile phones and ordered them to stand in the courtyard. “[The men] held knives and long iron rods. They tied our hands behind our backs and blindfolded us. I asked what they were doing. One of them replied, ‘You and [ethnic] Rakhine are the same, you have a different religion, you can’t live here’. He spoke the [Rohingya] dialect. They asked what belongings we had, then they beat us. Eventually, I gave them my gold and money.”

Rika Dhar, 24, another survivor said- “We didn’t have a chance to run… I was blindfolded, and they tied my hands behind my back.” The report cites that “After blindfolding the Hindu villagers, ARSA fighters marched them to a creek area on the outskirts of the village. They then divided the men from the women and children, and brought the women into the forest.”

“The fighters killed, execution-style, 53 of the Hindus from Ah Nauk Kha Maung Seik, according to a list of the dead seen by Amnesty International that is consistent with testimony from survivors, other Kha Maung Seik residents, and Hindu community leaders. The victims include 20 men, 10 women, and 23 children, 14 of who were under the age of 8. Only 16 people – eight women and eight of their children – survived, their lives spared on the condition that the women agreed to “convert” from Hinduism to Islam and then marry people selected by ARSA fighters”- the report cites.

According to all eight survivors, the ARSA fighters took the men away and killed them. One of the survivors told the organisation that the Rohingya men “came back with blood on their swords, and blood on their hands. They told us that they had killed our husbands and the village headman.” “They slaughtered the men. We were told not to look at them … They had knives. They also had some spades and iron rods. … We hid in the shrubs there and were able to see a little. … My uncle, my father, my brother – they were all slaughtered. … After slaughtering the men, the women were also slaughtered.”

Citing two of the survivors – Aur Nika, around 18; and Formila the report says that as the fighters were leading them away, “they looked back and saw women being killed.” “I saw men holding the heads and hair [of the women] and others were holding knives. And then they cut their throats,” she said

Archbishop Philip Wilson to step down amid child abuse