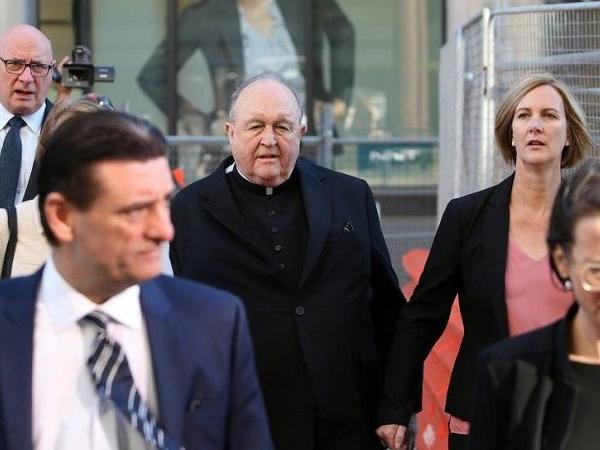 Canberra: Australian Catholic Archbishop Philip Wilson, who is convicted of concealing child sexual abuse, said on Wednesday he will step down from his position on Friday and if need be take even further formal steps. The Archbishop of Adelaide was found guilty of covering up the crimes of a paedophile priest by a court on Tuesday. Wilson, the most senior Catholic in the world to be convicted of the offence, said he would step aside from his duties on Friday.

“It is appropriate that, in the light of some of… findings, I stand aside from my duties as Archbishop,” the BBC quoted Wilson’s statement as saying. “If at any point in time it becomes necessary or appropriate for me to take more formal steps, including by resigning as Archbishop, then I will do so.” He, however, did not indicate whether he would appeal the Newcastle court’s conviction, for which he faces a maximum two-year sentence.

On Tuesday, the court ruled that Wilson had known about a paedophile priest’s abuse of altar boys in the 1970s and failed to report the crimes to police. A magistrate found that Wilson, who was told about the abuse from young victims, dismissed their stories because of his desire to protect the Church’s reputation, the BBC said.

Child sexual abuse survivors in Australia have praised the verdict as a milestone in confirming the church’s legal accountability for such crimes.

Deepika Padukone’s next project to be a massive superhero film?