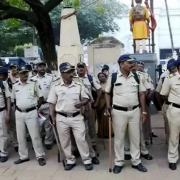 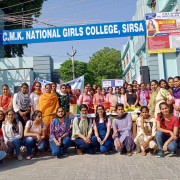 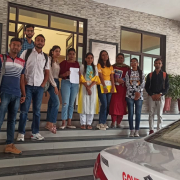 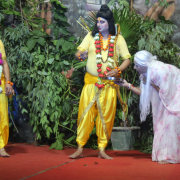 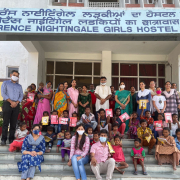 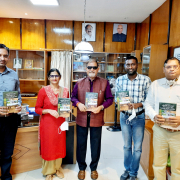 PU VC extended his facilitations to Dr. Sucha Singh for bringing out an excellent piece of research work on the changing labour absorption scenario in Punjab agriculture.

The author, in his book highlights that agrarian labour is an important theme of study in social sciences which has both theoretical relevance and applied significance. Despite the mechanization of various farm operations, labour remains a crucial factor in agricultural production in the green revolution states like Punjab. The commercial food grain system of the state is under transformation. Therefore, the book analyzes the dynamics of labour absorption under changing scenario in Punjab, where a major share of agricultural workforce has shifted to non-agricultural sectors since 1991. The book gives an extensive preview of the impact of mechanized intensive commercial grain farming on the agricultural labour absorption in Punjab, particularly after the economic liberalization of 1990s. The book has attempted to understand the various facets of change in different types of agricultural labour at the tehsil and district level in the state. It majorly focuses on the analysis and interpretation of primary data pertaining to crop-wise, farm size-wise and agro-climatic region-wise absorption of different types of labour in various operations of crop farming and allied agricultural activities in Punjab. It also provides information for formulating an area-specific policy on absorbing displaced agricultural labour in the state. Geographers, Economists and Sociologists concerned with the studies of agrarian labour will find this book useful and interesting. 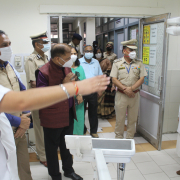 The dignitaries from Chandigarh Administration were briefed about the teaching, research, technical and infrastructural facilities available in the University. The mutual interaction among members of both sides was highly fructuous in underlining strong relation and exchange of innovative practices between them which may go a long way to strengthen and develop the University. 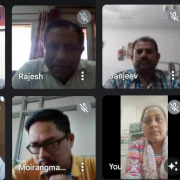 Dr. Mehta through his holistic yet nuanced address traced the history and genesis of  women entering the police force during the pre-Independence era. He assessed the empowerment of women in Indian Central Armed Police Forces (CAPF) and analysed the status of police women in terms of their strength and position in the hierarchy. He further articulated that the number of Women personnel in CAPFs is a mere 3.32%, which is almost 1/3rd of the numbers as far as overall data on Women in India Police is concerned (10.30%) as per the Bureau of Police Research & Development, 2020 report. He lauded the comprehensive efforts made by CISF in this regard and welcomed the remedial steps undertaken by BSF, CRPF, ITBP, SSB among others. In particular, he was appreciative of NSG – the elite commando force, which is ushering in the winds of change by being more inclusive for women.

The strength of women in CAPFs also need to be seen from the prism of gender lens, as placement of women in the organizational hierarchy. The BPR&D data revealed that almost 82% of women in CAPFs are at the junior ranks of Constables and Head Constables only. He strongly reiterated that the issue of hierarchical distribution of women across ranks needs to be addressed for strengthening women empowerment in the truest sense of the term.

Dwelling upon the multi-faceted challenges being faced by women in terms of mindset, manifestation of masculinity, societal barriers, institutional practices, behaviour of fellow men and women police personnel, glass ceiling, gender stereotypes,  he deliberated upon several key prospects including those emerging from dedicated efforts being made by the Union Ministry of Home Affairs, the Ministry under which CAPFs function. He concluded by stating that there are clear signs of strengthening of quantitative as well as qualitative indicators regarding empowerment of women in CAPFs, and motivated the students and researchers of both DCWSD and CSW to contribute towards the endeavour of gender sensitization and inclusive society.

Earlier Dr. Rajesh Kumar Chander, Chairperson, DCWSD, in his welcome address emphasized the need for more Multidisciplinary research and special lectures as new knowledge lies at the intersections of disciplines. He further briefly highlighted the achievements of the Department in the realm of Women’s Studies & Women Empowerment.

The erudite discourse concluded by a formal vote of thanks from Dr. Gaurav Gaur, Chairperson, Centre for Social work and the rich deliberations comprised of participants from NIPCCD, various faculty members ranging across the disciplines like Women’s Studies, Social Work, Laws, Management, English language, Sociology, and Police Administration, to name a few. 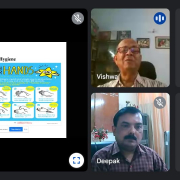 The Department of Microbiology, Panjab University, Chandigarh organized a webinar on the topic “Continued Challenges of Corona Pandemic: Learning from Experience.”

Prof. V.R. Sinha, Dean University Instructions, Panjab University, Chandigarh in his inaugural address accentuated the fact that though the pandemic created a havoc throughout the country it also had some underlying positive effects. It was only due to the emergence of this pandemic that the world recognized the power of Indian pharmaceuticals.

Prof. V.M. Katoch, former Director General, Indian Council of Medical Research (ICMR) summarized the experiences of the 20 months of COVID-19 in India. He discussed the major factors which contributed to India’s success in controlling the pandemic. According to him the India’s response to COVID-19 has been stupendous and inspiring across all levels of the country. Further in his talk Prof. Katoch discussed how lethargy, negligence and undue optimism after the first wave of COVID-19 resulted in the emergence of consecutive waves. He also underlined the part which various initiatives such as “Jagrukta abhiyan” played in empowering the population for prevention and timely management of COVID affected persons and discussed the key factors relevant for such awareness programs. He also talked about the importance of Ayurveda and yoga and the role they played in combating the post COVID complications. Prof. Katoch laid an emphasis on the correct use of mask, social distancing, personal hygiene and special care of person in high risk groups since these are the only things which can help in making the entire situation a little less complicated.

Earlier, Dr. Deepak K. Rahi, Chairman, Department of Microbiology and the organizing secretary of the webinar gave a brief overview of the program and discussed how COVID-19 has deeply affected the society, health system, economy, and government worldwide. He highlighted the fact that a year and a half later there are still so many lessons to be learned from this once-in-a-generation phenomenon.

Prof. Prince Sharma, summarized the discussions of the webinar in his concluding remarks. 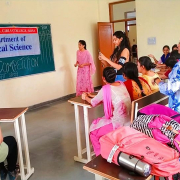